An aerial view of the Burj Khalifa, the world’s tallest building, and downtown Dubai. (GETTY IMAGES)

Dubai has grown impressively in a short space of time to become the financial and logistical hub of the Middle East. My trips there are mainly work related, though there have been many times that this city has proved to be a stellar destination for a family vacation, especially because of its unparalleled connections to the rest of the world via Emirates airlines.

Dubai offers the modern international traveller a plethora of fine dining options coupled with world-class entertainment and rakish retail therapy… all in the middle of the Arabian Desert.

My favourite hotel of choice in Dubai tends to be the Four Seasons, located at the D.I.F.C. (Dubai International Financial Centre). The hotel operates as a very efficient business destination without neglecting the luxurious perks, including unrivalled service, of a Four Seasons establishment. Similarly, the Four Seasons Resort at Jumeirah Beach is a firm favourite for family vacations. Only a 20-minute drive from Dubai’s international airport, the hotel is a tranquil getaway in the middle of this bustling metropolis. With its many swimming pools, a private beach with enviable views of the Arabian Gulf, a fabulous spa, and a host of amazing dining venues, it is a fantastic place to recharge one’s batteries.

For a more authentic out-of-town experience, I would recommend the Al Maha Desert Resort and Spa, which is in the middle of the Arabian Desert (albeit a 40-minute journey from the airport). Here, one can have breakfast in one’s own luxurious five-star Bedouin tent (with plunge pool) while wild oryxes graze nearby. Also available are camel rides through the dunes, archery and falconry, as well as delectable Middle Eastern cuisine. Not an experience not to be missed. Dunebashing in sturdy 4x4 Land Rovers is also a must when staying at this resort… the experience will get your adrenaline going…

One of the most popular pastimes of locals and tourists alike in Dubai is dining out at the many world-class cafés and restaurants on offer. Hardly a day goes by when a new restaurant or café doesn’t open here. Here are some of my favourite places…

Nusr-Et Steakhouse at the Four Seasons Resort has become a cult favourite thanks to its proprietor, Nusret Gökçe, nicknamed SaltBae, whose skills in preparing and crafting meat have made him an internet and social media phenomenon. The steaks here are prepared meticulously and the quality of the meat is among the best. Oh, yes, the baklava dessert is truly an indulgent way to cap off an exceptional meal.

Coya Dubai replicates the Peruvian fusion cuisine of its London siblings fabulously well. And it has a buzzing bar and members’ lounge with great DJ sets, which always promise a fun night out. the pool at the Bvlgari Yacht Club 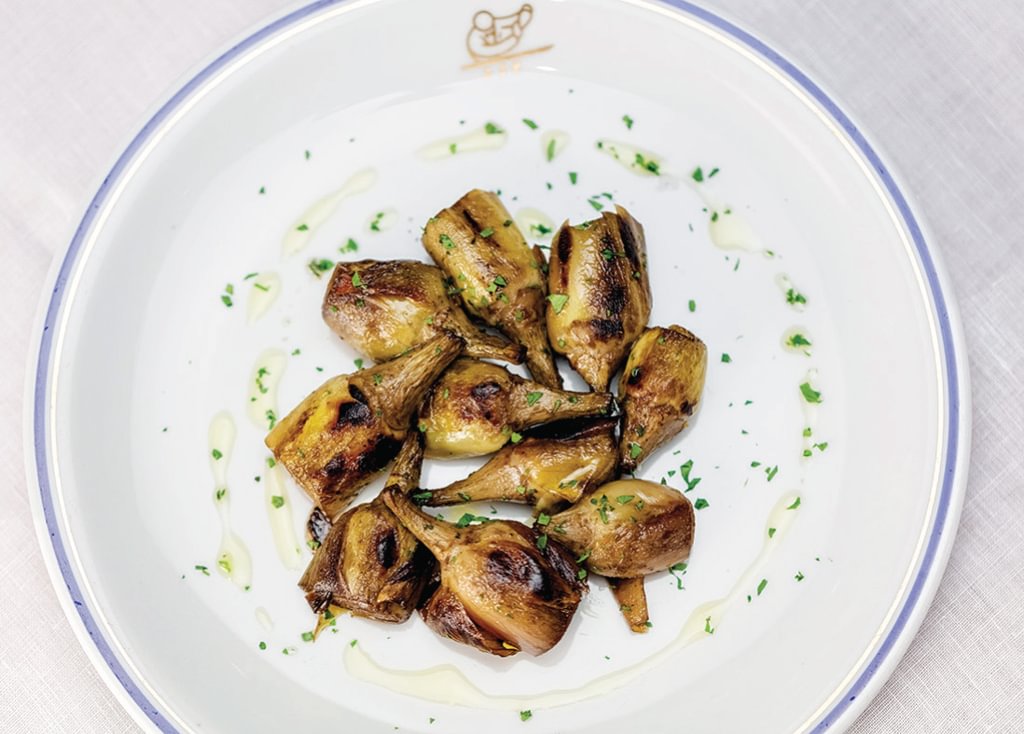 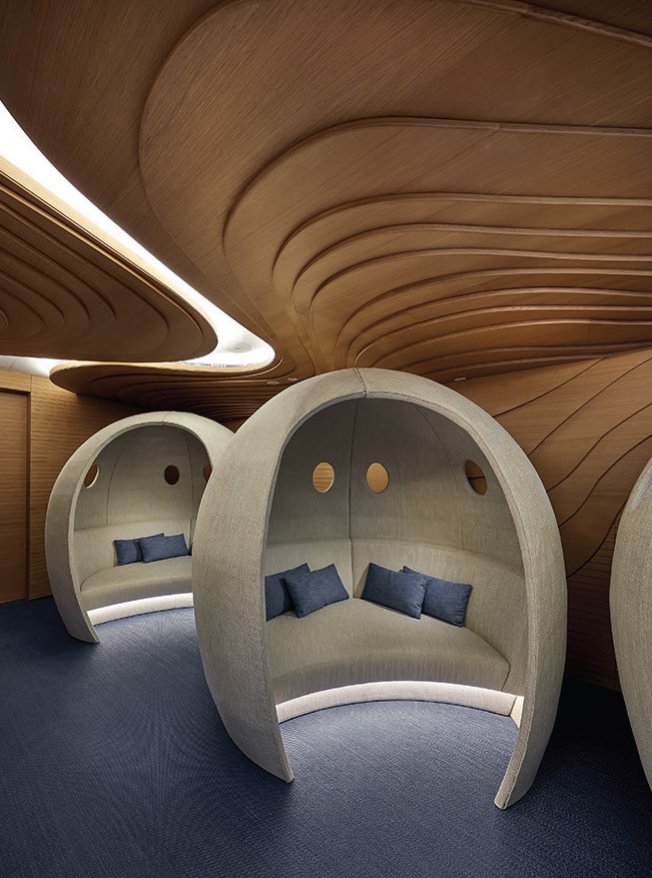 the relaxation room at the Mandarin Oriental Jumeira 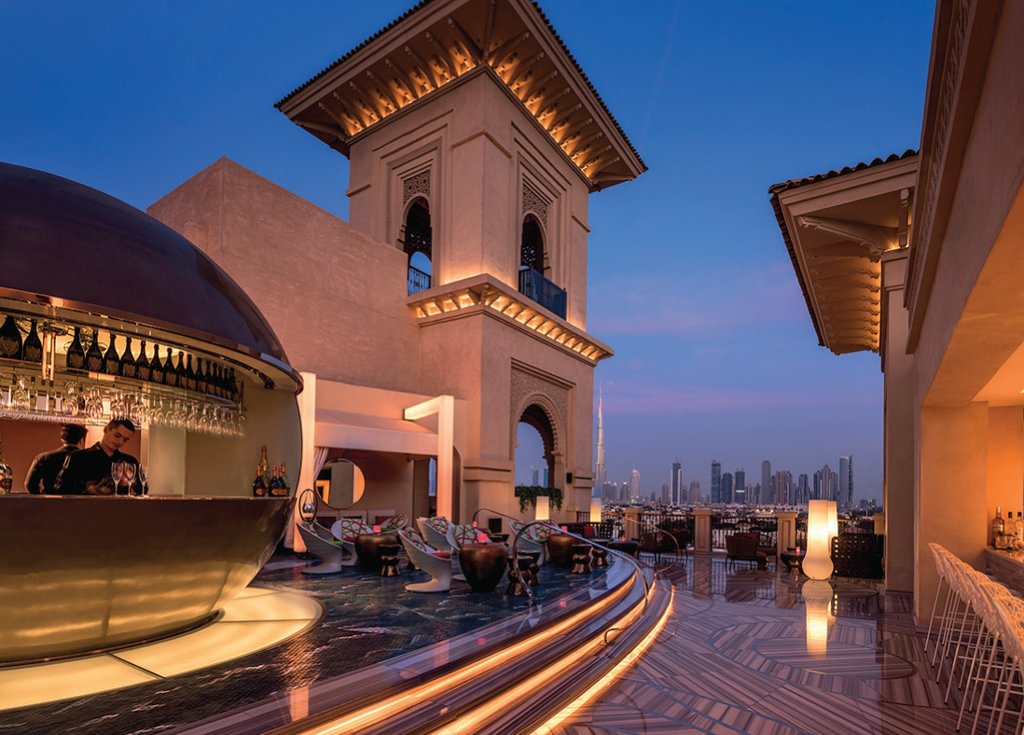 At the D.I.F.C., a visit to La Petite Maison is a must. True to its heritage, La Petite Maison Dubai excels in bringing out the flavours of the Mediterranean with its ode to the simply prepared but refreshingly delicious cuisine of the south of France.

Cipriani Dubai, for comforting Italian food of classic pasta dishes, carpaccios and crudos, coupled with their adjoining lounge bar, Socialista, never fails to impress with its ‘see and be seen’ vibes. The added bonus is Socialista’s fine selection of Havana cigars, which can be enjoyed in the outdoor space.

The latest addition to the D.I.F.C. dining scene is Gaia, a gem of a Greek restaurant, with its wonderful menu of Greek meze and grilled seafood. The grilled octopus and the roast chicken are a treat!

Brunch is a big thing in Dubai, and Friday or Saturday brunch at the Bvlgari Yacht Club or at Zest at the One & Only Palm are the places to be. As well, lunch at Bistro des Arts in the Dubai Marina is the closest you can get to an authentic Parisian bistro!

When it comes to rakish retail therapy, Dubai presents us with the Dubai Mall or the Mall of the Emirates, both of which are considered to be wonders of the modern world due to their sheer size. The Dubai Mall, for instance, is home to a huge aquarium with its own residency of great white sharks and stingrays — a sight to behold as one browses the many international fashion, watch and jewellery boutiques (including the world’s largest Rolex boutique). The Mall of the Emirates, not to be outdone, boasts a man-made, Olympic-size indoor ski slope with ‘snowfall’ all year round. What better than some serious retail-therapy après-ski!

White Dubai, on the rooftop of the Meydan racecourse, is the premier open-air nightclub in Dubai, where one can immerse oneself in an Ibiza-esque experience. The recent opening of Sky 2.0, the sibling of the legendary Skybar in Beirut, has also brought some much-needed competition to the nightlife scene here.

With all this eating out and clubbing, one might need a chance to unwind in the many spas that Dubai’s five-star hotels offer.

The newly opened Mandarin Spa at the Mandarin Oriental Jumeira is already making waves. The spa at the One & Only Royal Mirage has its own Bastien Studio, where Matthieu will look after your hands and feet with the Bastien Duo treatment in such a way that you will forget your worldly troubles and instead drift away to la-la land… 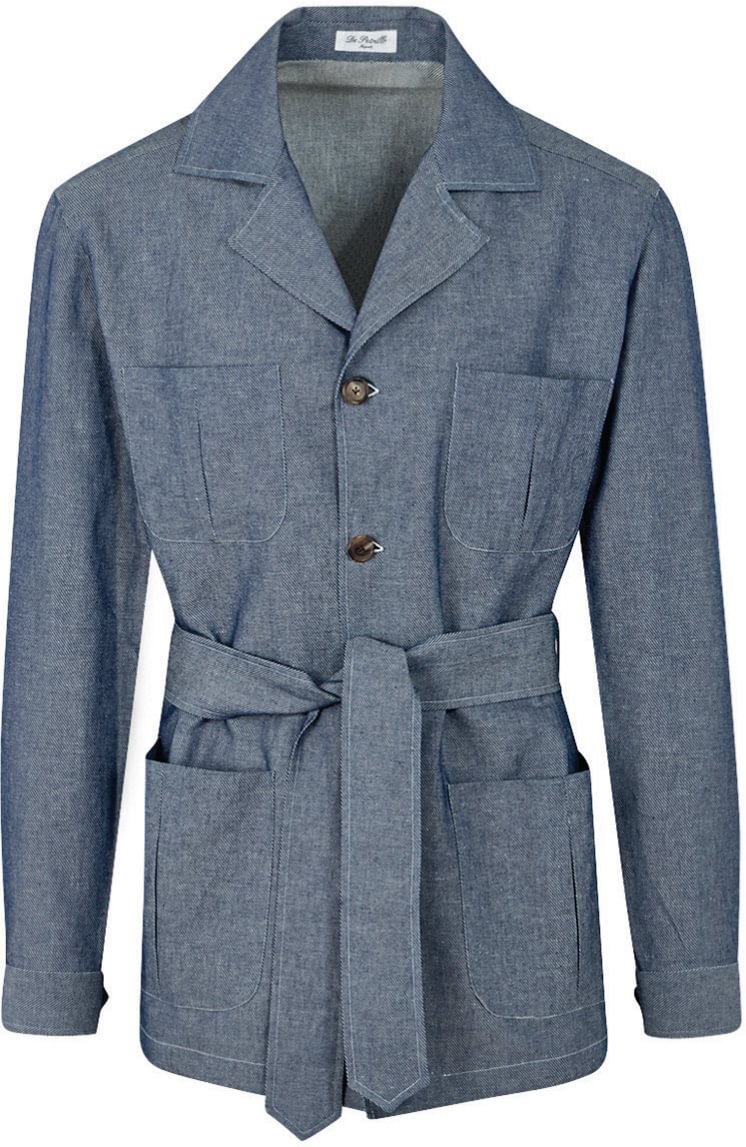 Made in Naples and with clear markings of handwork, De Petrillo’s safari jacket comes with four inverted box pleat pockets and a louche belt that should be tied at the front for a relaxed look. 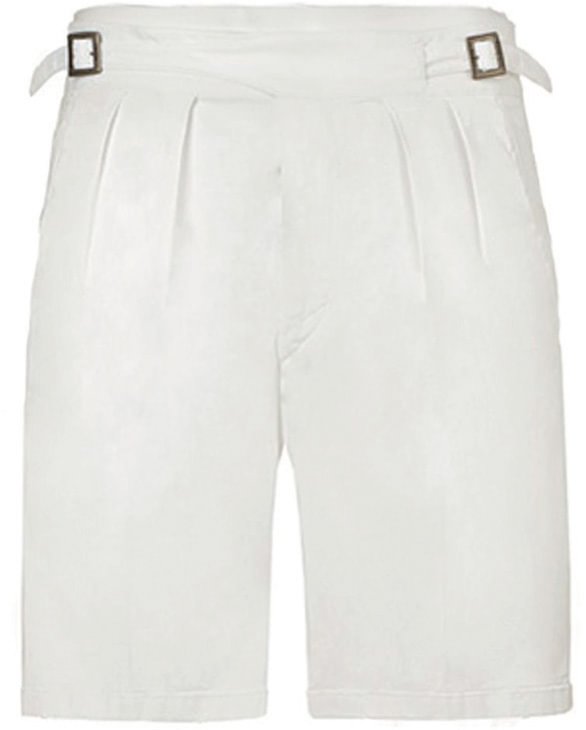 Taking notes from the shorts worn by the fearless Gurkha soldiers, these are cut with two forward-facing pleats and a cummerbund-style waist for added comfort. 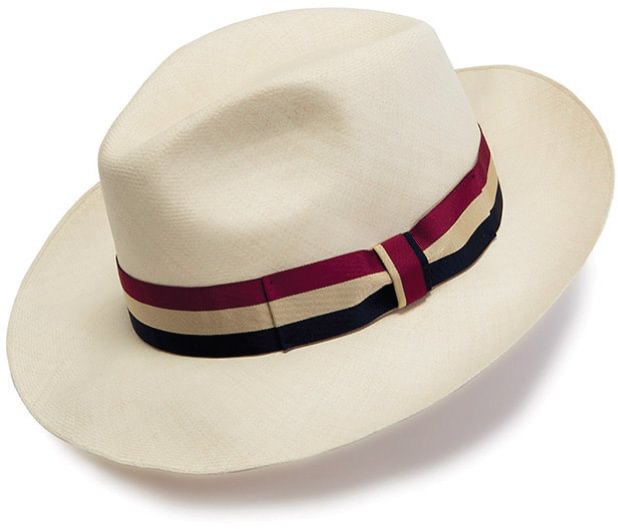 This cream Panama with a red, gold and navy band took nine months to be made by hand in Montecristi, Ecuador, and can be rolled up and packed for travel while retaining its classic shape. 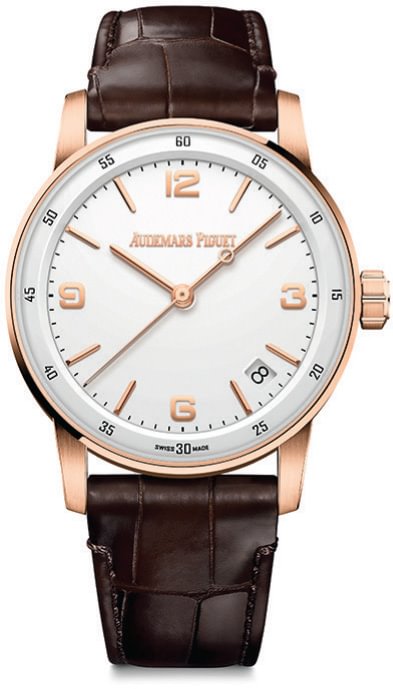 Unveiled earlier this year, the Code collection marks a new age for AP, with 13 references, six new models and three new calibres, including this self-winding timepiece in 18-carat pink-gold with matching indexes and a white lacquered dial. 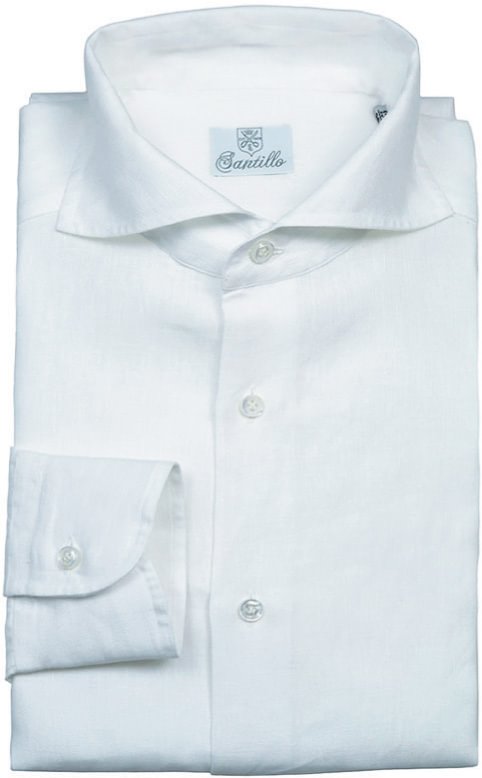 Cut from a breathable linen that will help keep perspiration at bay, Santillo’s Capri shirt features a relaxed and soft cutaway collar with hand-sewn mother-of-pearl buttons. 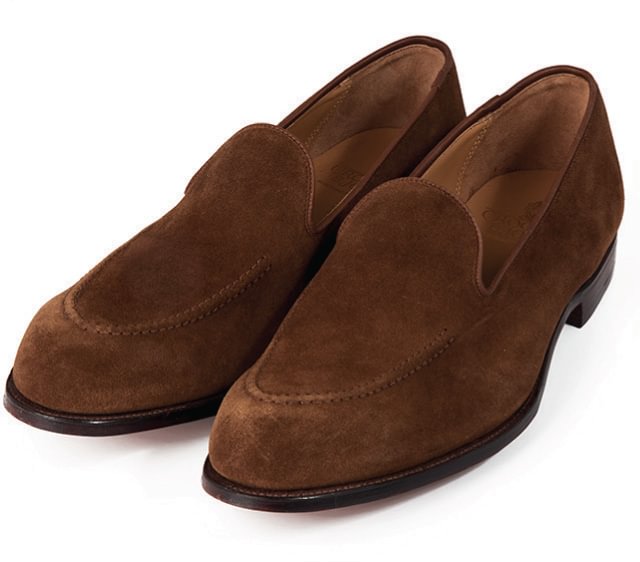 The Northampton shoemakers are celebrating 140 years of business this year, and to celebrate have taken one of their most lauded styles and given it a more casual and clean appearance. 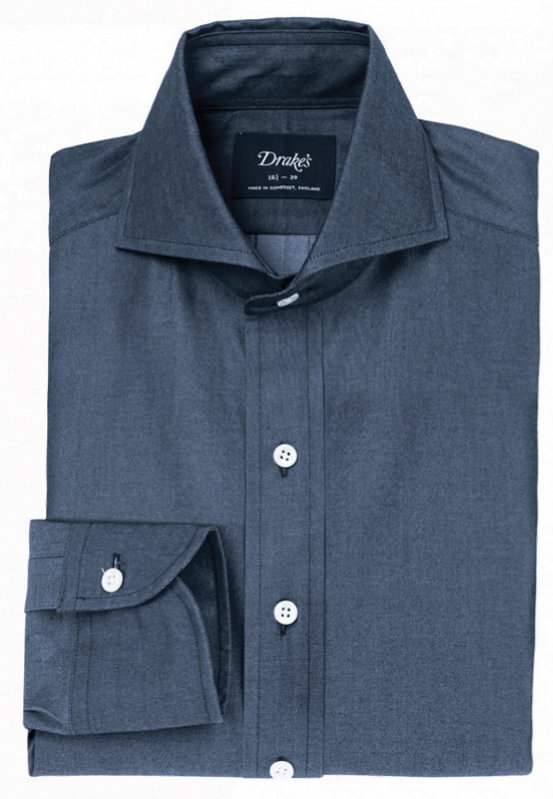 A dependable wardrobe staple and exclusively made for The Rake, it’s cut from a soft washed Italian-milled denim, and through constant wear will evolve in its unique way.

With a high rise and deep, forward-facing pleats, the Hollywood top is a legend in its own right in the trouser world. It has a full leg, which will help in keeping you cool, with an ever-so-slight taper. 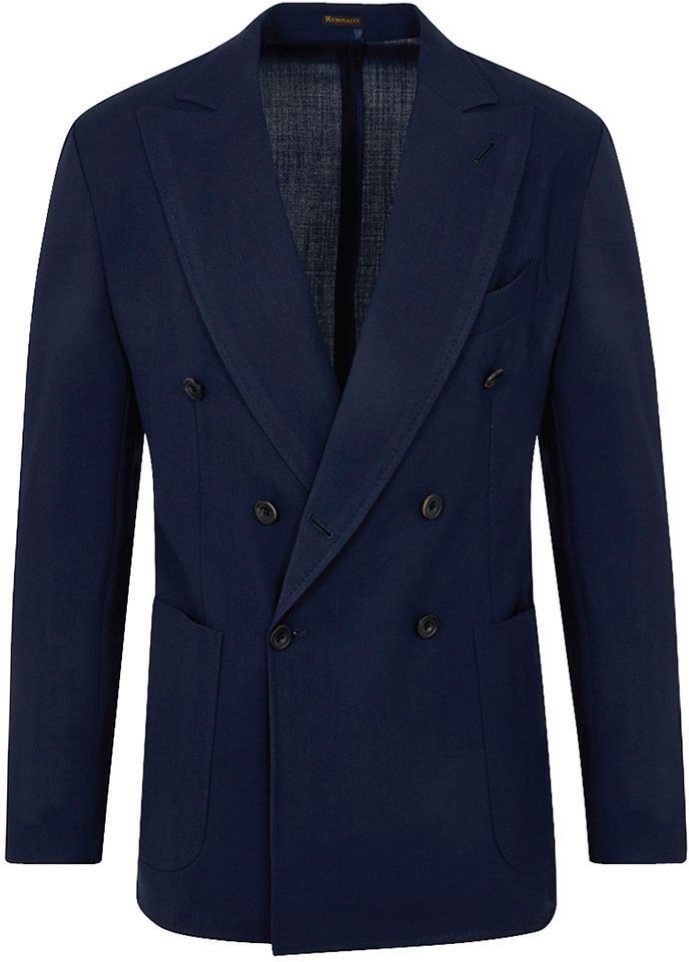 If ever there was a perfect travel blazer, this is it. Light as a feather and cut from a tropical wool that will perform perfectly in Dubai, it is exclusive to The Rake.

Serving as a counterpoint to the existing collection, the RM 016 Automatic Extra Flat retains all of the classic and technical characteristics of the brand while being sleeker, sharper and even more elegant. 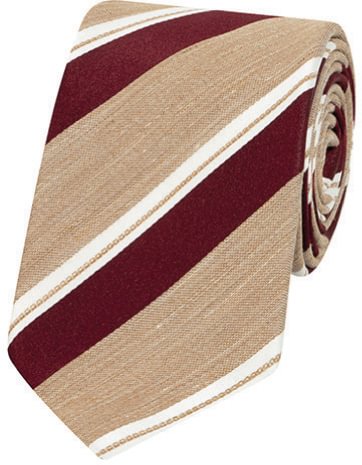 Using exclusively designed and woven silks from Como and constructed in Milan, this tie will help add some needed contrast, warmth and subtle texture to an ensemble.

With a Blake stitch sole, which will supply greater comfort and flexibility than a Goodyear, this pair of monkstraps features a cap toe and black buckles and is rendered in a contemporary shade of navy.