I was asked to come up with an award for Weta Workshop staff who have been with us for 10, 15 and 20 plus years. I wanted to make something I would want to hang on my wall, and that would truly represent the type of place Weta Workshop is, so it became a very personal project. My bias in most design work is to push towards simplicity and elegance over excessive detail. I like bold forms that hide, or are supported by clusters of detail. 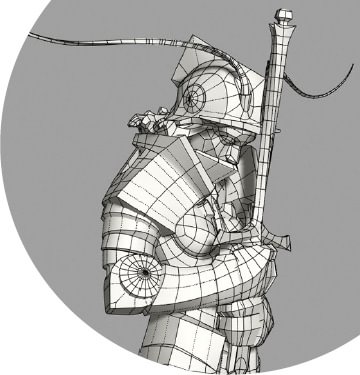 Most of my work starts in 3D – even concept and illustration. I like to flesh something out in space before committing to an idea. Often I won’t bother doing a render, but will just grab a screenshot from my scene – one lit, one flat wireframe, and a fog pass. I’ve never really established one style or one set way to do my work – each one is a bit of an experiment. After finishing up Dr. Grordbort’s Invaders for the Magic Leap One, it was a great chance to revisit the world we’d created with a fresh eye. We developed a narrative that would follow and aid our hero to the centre of the planet. This scene is the base of a stem, joining the outer skin of the factory to the apple-like core, amidst a city buzzing with robots. GHOST IN THE SHELL GEISHA MASK

For the geisha mask I had to adapt the concept to make it a fully working clockwork mech. There was much back and forth with the animatronics team to make sure the gears, levers and brackets would all function. The hinges to the face panels were made to work with magnets so that the panels could be easily replaced if they got broken and wouldn't snap off if bumped in action. There had to be clearance amongst all the clockwork for the face panel mechanisms to retract and all the thicknesses had to be strong enough to attach parts to. To this point, this was the most involved and complicated assignment I’d been involved with.

I developed both of these pieces for my own personal study and to learn the 3D printing/moulding process. As a big fan of Paul Bonner’s fantasy work, I chose to reference one of his dwarf drawings, and for the goblin I referenced the paintings of Laurel Austin. Both are fantastic fantasy artists!

For both characters I’ve used ZBrush to sculpt the mesh. The major difference between these characters and a production character was considering the pose and weight, and how they might affect the final 3D print. Both were sculpted in-pose, a process that is longer but ultimately (I think) gives a better sense of personality to the creatures.

For the goblin, I studied a few contrapposto poses, shifted his weight across to mostly one leg, and centred the egg so that the weight largely sits over a position that reduces instability once it sits on the base plate. His hair strands and rope are placed to even out weight distribution. 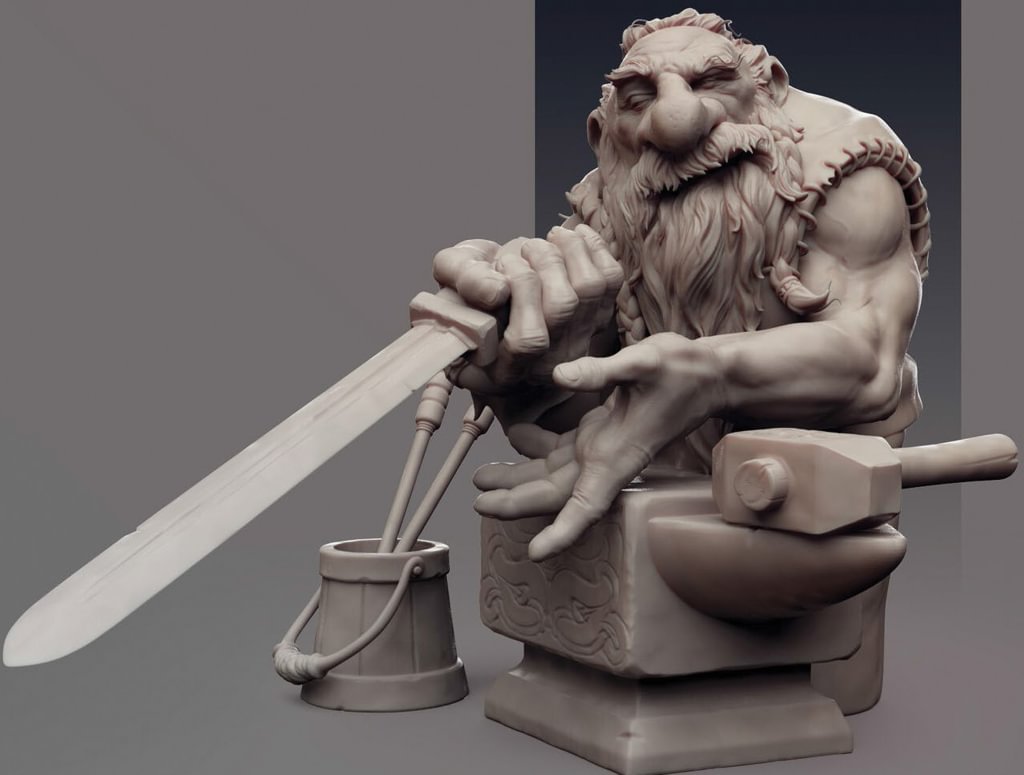 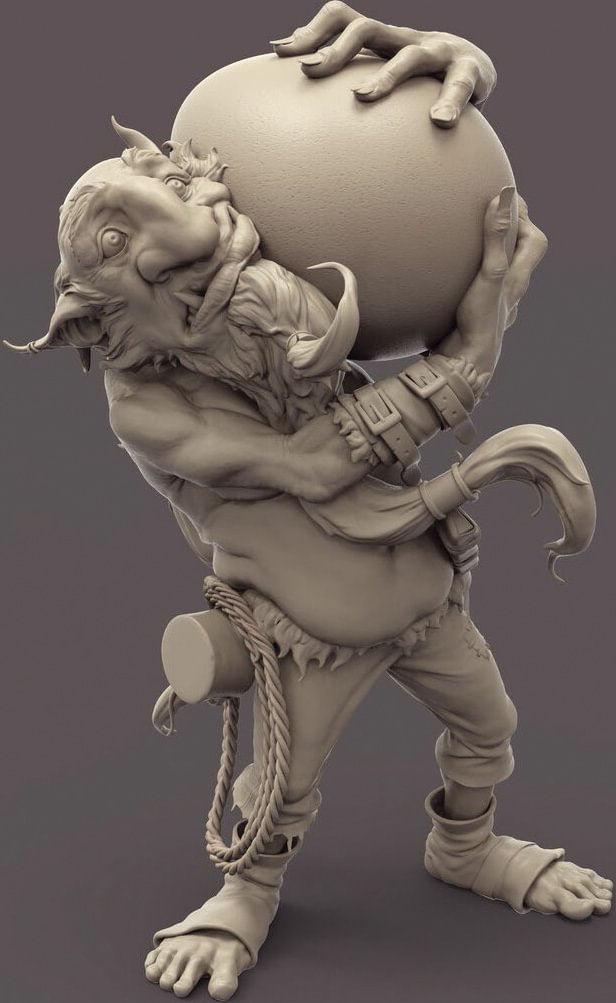 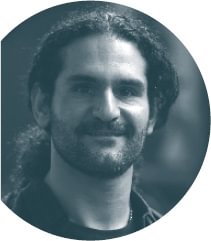 As a real-time VFX artist at Weta Workshop I have the opportunity to create real-time effects and shaders on a day-to-day basis. But my love of ZBrush and 3D modelling urges me to boot up my PC when I get back home from work most days. So every once in a while I spin up some simple models in ZBrush, usually skulls – because they’re cool! This keeps me motivated to express another dimension of my imagination in another medium.

The skulls I make are usually with vibrant colours and they’re heavily stylised. I also like to add a lot of static effects around them (and later use them as base meshes for effects in Houdini). I enjoy using the Surface Noise feature in ZBrush. Sometimes I mask and sculpt over a spiral surface noise or just extract the surface noise masked area with Panel Loops as a new subtool and work from there. For adding some tertiary details I leverage the power of NanoMesh in ZBrush.

WHICH WILL I CHOOSE TODAY 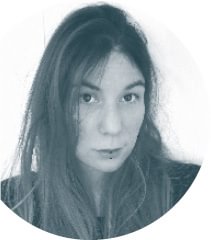 I am a self-taught artist and a professional compositor. I use every conceivable traditional medium and blend it with the digital world to achieve my creative goals.

The character is me, and asks the question: how well do we really know each other? We wear so many masks that we can forget ourselves underneath it all, even maybe you, reader. I think we are all misfits in our own way, and we can't truly reveal ourselves if we don't acknowledge that first. 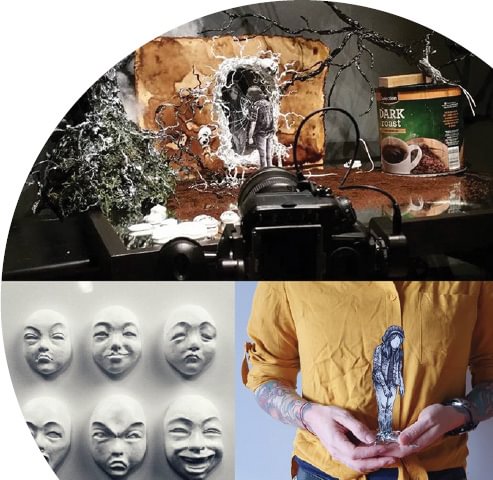 I’m an artist from Norway who has worked as a matte painter at Weta Digital since 2015. In my own time, I enjoy creating artwork in many different mediums. Lately, I’ve gotten into creating a lot of art inspired by Norse mythology and will continue to make more of this in the future. This is my interpretation of a classic Norwegian troll. I grew up with stories of Norse mythology, mostly told to me by my grandmother. This was the inspiration for this particular image. 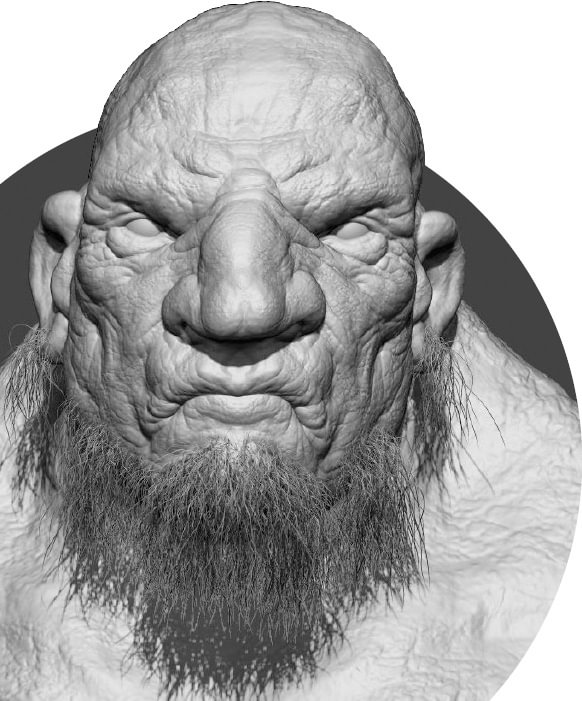 “MY INTERPRETATION OF A CLASSIC NORWEGIAN TROLL. I GREW UP WITH STORIES OF NORSE MYTHOLOGY” GIVE ME A HAND

I am a part-time comic/storyboard artist, and a full-time compositor. I studied classical animation from an early age. My artwork is often influenced by manga and is very detailed with intricate designs.

I wanted to draw an image of a city with robots, armour and monsters that provokes humour, all represented in one single illustration instead of in a comic strip. 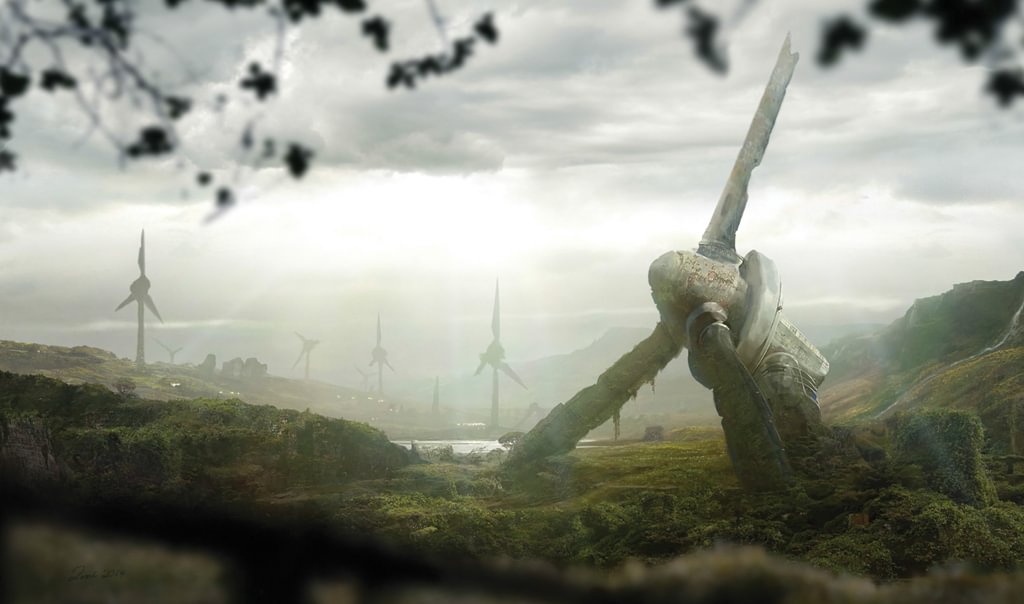 I’m a matte painter and concept artist with over 17 years’ experience. My passion lies in creating fantastical worlds and I‘m the recipient of two VES Awards for Outstanding Created Environments.

Post-Apocalyptic Windmills is based on the book The Shannara Chronicles. I began with pencil studies of windmills before landing on the final concept of a post-apocalyptic wind-park landscape. I created the final image in Photoshop using photo reference and a lot of paint-over. 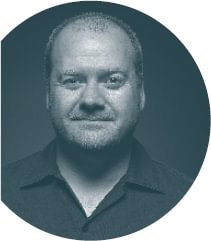 I have worked as a professional artist in the entertainment industries for just over 20 years. My early years were spent in the traditional skills of illustration, concept design, props, costume and model making providing services to theatre, TV and theme parks. In the last 8-10 years I have transitioned into visual effects as a digital matte painter.

Being a child of the 80s and 90s I had the good fortune of growing up with some classic animation. Ulysses 31 was one of those early Saturday programmes and this was my recreation of the show’s lead character. The Rookies is a platform to help digital artists get discovered without having to compete with professionals for attention. You’ll get to the front page of those sites one day, but for now, we’ve got your back and want to help turn your passion for creative media into a successful career.

I created this image in order to become more familiar with the software and try to bring realism to my models. I believe that adding realism to fantasy models is a great way to add impact. 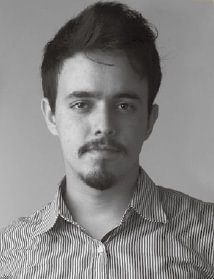 I am a 3D character artist that is learning by myself. Currently, I am looking for opportunities to work.