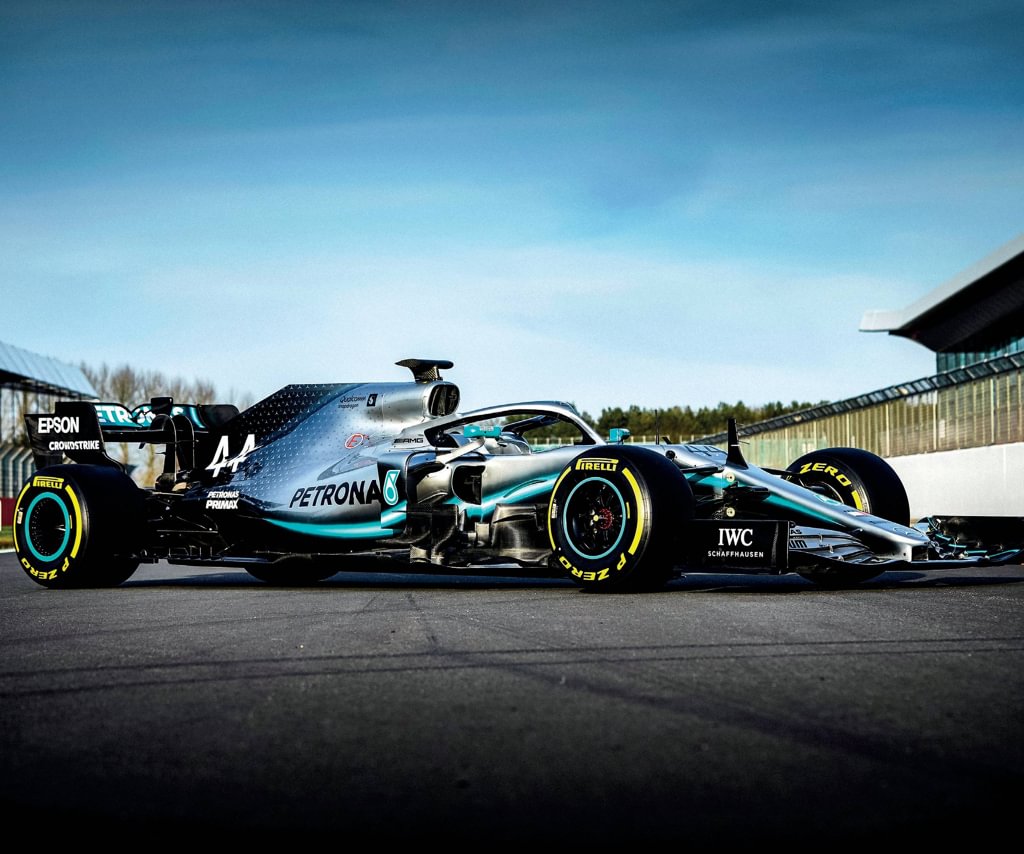 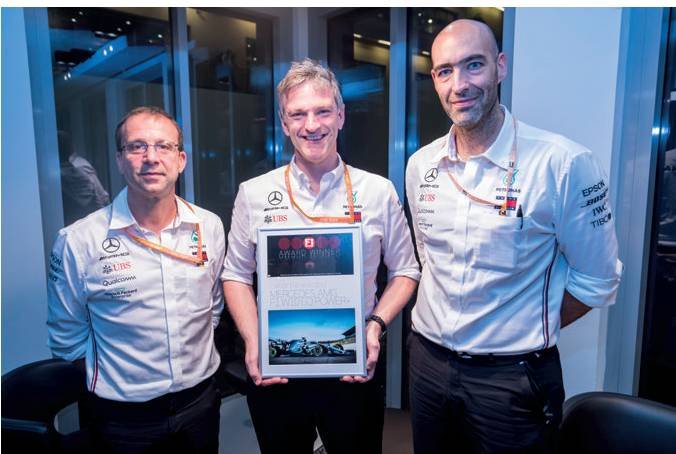 “We’re already lucky enough to be able to compete in this great championship each year. To do it and win the title is a fantastic honour, but it’s lovely that people do recognise we put together a car that is worthy of this sort of award. We are very grateful for it and it adds to the sense of having done a good job when we receive a thing like this. As for the 28.6% per cent that didn’t vote for us – they need to look more closely at the results!” James Allison (pictured with Loic Serra and Dominik Riefstahl)

Successive iterations of title-winners have emerged from the combined efforts of Brackley and Brixworth. And this year’s Mercedes W10 was no exception, despite a regulation change that required a major rethink of the car’s aerodynamic performance.

While pre-season testing had proved inconclusive, the W10 performed well in the early rounds. Ferrari had better top speed but, while many rushed to attribute this to Maranello’s power unit, the SF90 followed a low-drag concept which ultimately meant it couldn’t compete with Mercedes on circuits that demanded greater downforce. The W10 was the more complete package, but one significant weakness was exposed in mid-season. The hot temperatures and high altitude in Austria affected cooling and it was feared several hot summer races could have dented the W10’s title challenge. Here, and tracks where Ferrari could use its top speed to its advantage, such Spa and Monza, the Mercedes was often second best.

Another pattern that emerged during the season was Ferrari’s qualifying pace, which was often negated on race day as the two silver cars were better at managing tyre temperatures and preserving the life of their Pirellis.

The threat to Mercedes would arguably have been stronger if Ferrari had been more organised, in its strategy, in managing its drivers, and in the reliability stakes. As in previous seasons, Hamilton and Bottas took Mercedes to the constructors’ championship thanks to the W10’s consistency in working at a variety of tracks and conditions – and through a relentless series of successful upgrades.