feeling good
Can’t Get No Satisfaction?
A new book looks at why many women still aren’t totally fulfilled in the bedroom—and what they can do about it.
BY CORRIE PIKUL RELATIVELY SPEAKING, it’s a good time to be an American woman…who likes a good time. Compared with past generations, we engage in a wider range of sexual acts; we take more initiative; we receive more oral sex; we put a greater premium on the quality of sex within a marriage. But while many will say they’re having the most empowered intercourse of their lives, experts estimate that roughly one-quarter to one-half of American women experience a sexual concern, including low desire, diminished arousal, difficulty reaching orgasm, and pain. This is especially striking in comparison with men: Women tend to report less satisfaction with their most recent sexual encounter, as well as with sex throughout their lifetime. Journalist Katherine Rowland, whose background is in medical anthropology, devoted five years to researching women’s erotic attitudes and experiences, sifting through the scientific literature, and conducting in-depth interviews about desire and pleasure with 120 women around the U.S. In her new book, The Pleasure Gap: American Women and the Unfinished Sexual Revolution, Rowland argues that we still have a ways to go before women reach their full erotic potential. “The pleasure gap is not just a matter of how men and women compare,” she writes. It also refers to the disconnect between mind and body, or behavior and emotion, or between our actions and feelings. We talked to Rowland about why it’s time to get hot and bothered about sexual gratification.

O: You note that as a culture, we’ve become obsessed with the orgasm gap and making sure women are having as many as men. What are we missing when we focus on orgasms?

Katherine Rowland: By and large, women have a much more dynamic sexual range than men, and their experiences don’t always follow the typical male linear progression from arousal to release. Some have never experienced an orgasm, while others are multi-orgasmic. Some require highly specific types of stimulation, while there are those who are able to simply “think off.” Many women experience pleasurable orgasm-like sensations in body parts that are frequently neglected during sex. And then there are instances of women reporting orgasm during times when they’re definitely not experiencing pleasure, even during a sexual assault. So fixating on the fairness of a 1–1 ratio of male to female orgasms wrongly suggests that erotic parity for women means experiencing sex just like men.

O: Aren’t orgasms one of the best ways we have to measure sexual fulfillment?

KR: Yes, and they’re extremely important to many, many women. But looking at orgasm as the ultimate barometer of women’s satisfaction ignores the larger universe in which sexuality takes place—which is what allows women to derive pleasure and meaning from their encounters. It also dismisses the critical aspect of desire—the delight of wanting and of being wanted.

KR: Years ago, when I worked as an assistant to a clinical psychologist and sex therapist at Memorial Sloan Kettering Cancer Center, I interviewed women being treated for gynecologic cancer about sexuality, fertility, and mortality, and I also reviewed the scientific literature about sexuality and illness. I was struck by the wide gulf in terms of how American versus European and Canadian researchers talked about female sexual function. In the U.S., it was highly medicalized; the language often framed women’s sexual problems in terms of deficiency, insufficiency, or the result of female anatomy. Internationally, the focus was more relational. Doctors asked women questions like: Are you happy in a sexual context? Has your partner found your clitoris?

O: There are now two FDA-approved drugs to address premenopausal hypoactive sexual desire disorder (HSDD), which is defined as a lack of sexual desire that causes women psychological distress—Addyi (flibanserin), a daily nonhormonal pill, and Vyleesi (bremelanotide), a libido shot injected at least 45 minutes before sexual activity. What’s the problem with treating low desire with drugs?

KR: Again and again, research has shown there is no aspect of biology that governs desire, that it’s contextual, relational, based on history, based on the meanings we individually ascribe to sex. So the very idea of desire is somewhat resistant to measurement and therefore to pharmaceutical intervention. It’s also worth remembering that Addyi is a failed antidepressant and Vyleesi was originally tested as a sunless tanning agent—arousal was a side effect. Both drugs eventually came out of efforts to find a female equivalent to Viagra; neither addresses women’s pleasure. It’s also important to consider what women with HSDD are actually distressed over: Is it low libido, or has the quality of sex changed with time and life circumstance, or do they not want to be intimate with their long-term partner?

O: You cite a study of young adults that found that for each additional month women were in a relationship with the same partner, their sexual desire decreased, while men’s desire held roughly stable. You also mention research on adults showing that women’s libido tends to go down when they stick with one person long-term. What are some of the reasons for this?

KR: We have such heightened expectations for a modern partnership. We’re not looking for just financial contribution, parenting help, companionship; we expect our partner to aid us in a quest for self-realization. It’s quite beautiful but also laden with pressure. And research suggests that in the process of getting to know each other’s thoughts, dreams, behaviors, preferences, everything, we’re erasing the sense of mystery that for many people, perhaps women especially, is crucial to sustaining eroticism and fascination. 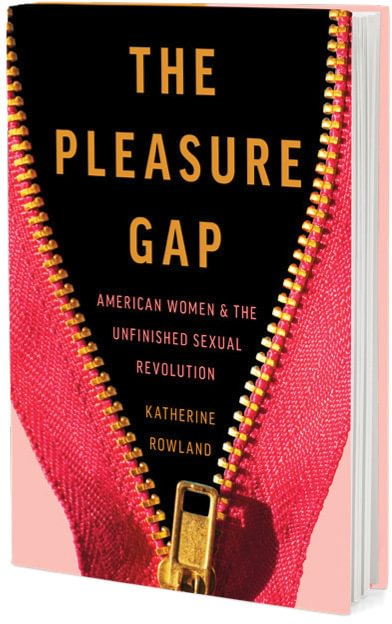 O: Yet interestingly, women who sleep exclusively with women tend to experience more pleasure than women who sleep with only men, with research suggesting that they climax more than 75 percent of the time during sexual intimacy (compared with less than 65 percent of heterosexual women who usually or always achieve orgasm with a partner). Of course, there’s the idea or expectation that self-identifying lesbians are more comfortable with the female body. But what else do these numbers suggest?

KR: Women who sleep with women have often done more work thinking about what turns them on and makes them feel good than straight women have. On top of that, they tend to more consistently engage in a broader range of sexual acts than women who sleep with only men, for whom penetrative sex is either the default activity or the presumed main event. And we know that penis-in-vagina sex does not, on its own, have a great track record for conferring female pleasure—even though both men and women who sleep with them have been conditioned to perceive it as the capstone of intimacy. Women report needing other forms of stimulation, either in addition to or separate from penetrative sex, in order to fully enjoy themselves.

O: How can women realistically develop a better understanding of our desires?

KR: Mindfulness—learning to be wholly present during intimacy—is emerging as the gold standard for treatment in the sex therapy realm. This involves learning to disengage from the ceaseless patter of the mind in order to pay attention to what’s taking place in the body. So many of us have lost touch with ourselves. Honestly, the most powerful interventions I heard about from talking to clinicians, researchers, and women themselves involved simply learning—or relearning—how to feel. ■