VLife DESIGN
LIFE of the PARTY
Known for throwing unforgettable soirees, LAURENT BUTTAZZONI was convinced to share his entertaining tips and tricks by good friend SOFIA COPPOLA in his new cookbook
By Freya Herring
Photographed by Charlotte Hess 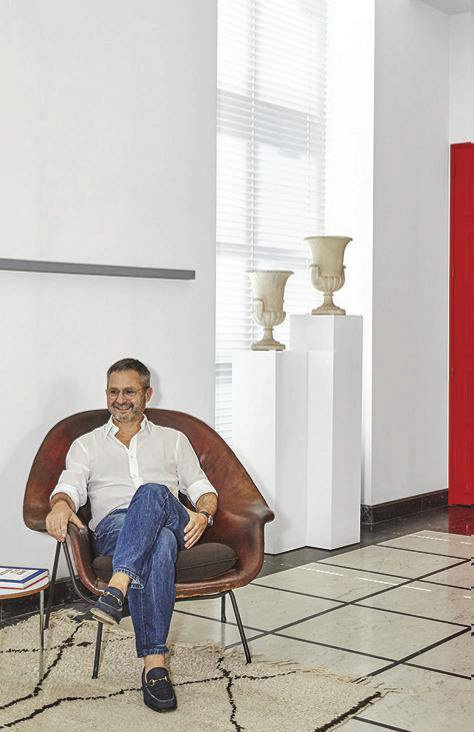 The caviar party was one of the first big ones,” says Laurent Buttazzoni, sitting on a vintage Eero Saarinen Womb chair in his art-filled apartment in Paris’s Marais district. “It was for Marc Newson — we have the same birthday. A Russian client brought us five kilograms of caviar. I did the set on a huge square table all in orange and green, which were the colours that Marc was using at the time. It was very simple because we had no money, but it became really beautiful. We cut all the placemats out of shiny paper. That was a great party.”

It’s a drenchingly hot day in summertime Paris, but here in the cool shade of this invigoratingly decorated apartment, Buttazzoni, an architect and interior designer, and his partner Robert Ferrell, a brand consultant and talent manager, are telling tales of dinner parties past. It’s engrossing. 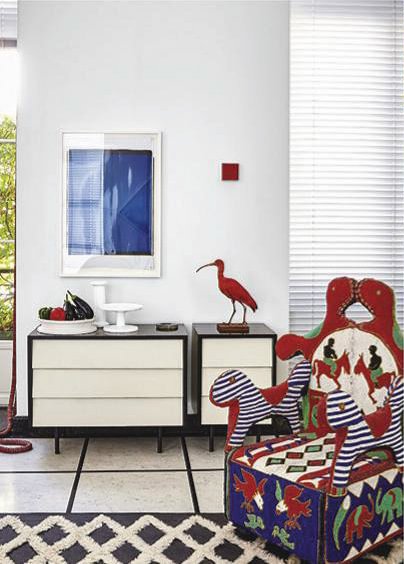 in another view of the living area, consoles by Florence Knoll; High tray by Jasper Morrison for Vitra; artworks by Ellen Carey and Gerwald Rockenschaub. 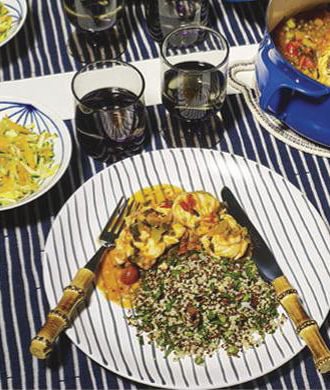 There are stories of “Kirsten” (Dunst); “Jason” (Schwartzman); of dinners with John Galliano and, of course, of “Kate” (Moss — Ferrell represented her for 22 years). When Sofia Coppola, a long-time friend of Ferrell, was filming Marie Antoinette, she came over often. In fact, it was Coppola who persuaded Buttazzoni to create his inaugural cookbook, Diner à la Maison: A Parisian’s Guide to Cooking and Entertaining at Home. She even wrote the foreword.

“She went on her own to Rizzoli New York and had a meeting with [president and publisher] Charles Miers,” says Buttazzoni. “She said ‘I want Laurent to do a book and you are going to publish it’.”

Diner à la Maison isn’t only about food — Buttazzoni’s sumptuous table settings are also exquitely showcased. He juxtaposes vintage objects found at flea markets against modern pieces, sharing much in common with the way he has designed his home — a Laurent Grasso here, a Robert Mapplethorpe there; an all-white open living area with a mirror wall contrasted with an intimate navy-toned dining nook. 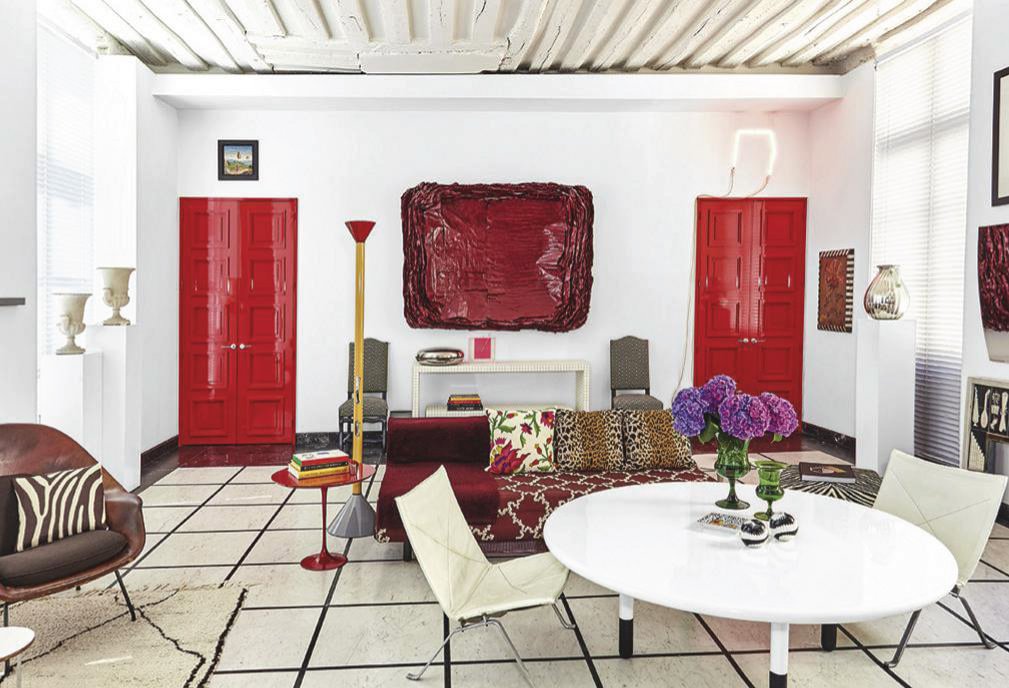 In the living and dining area, vintage dining chairs by Poul Kjærholm; vases from Jean-Michel Merlin. 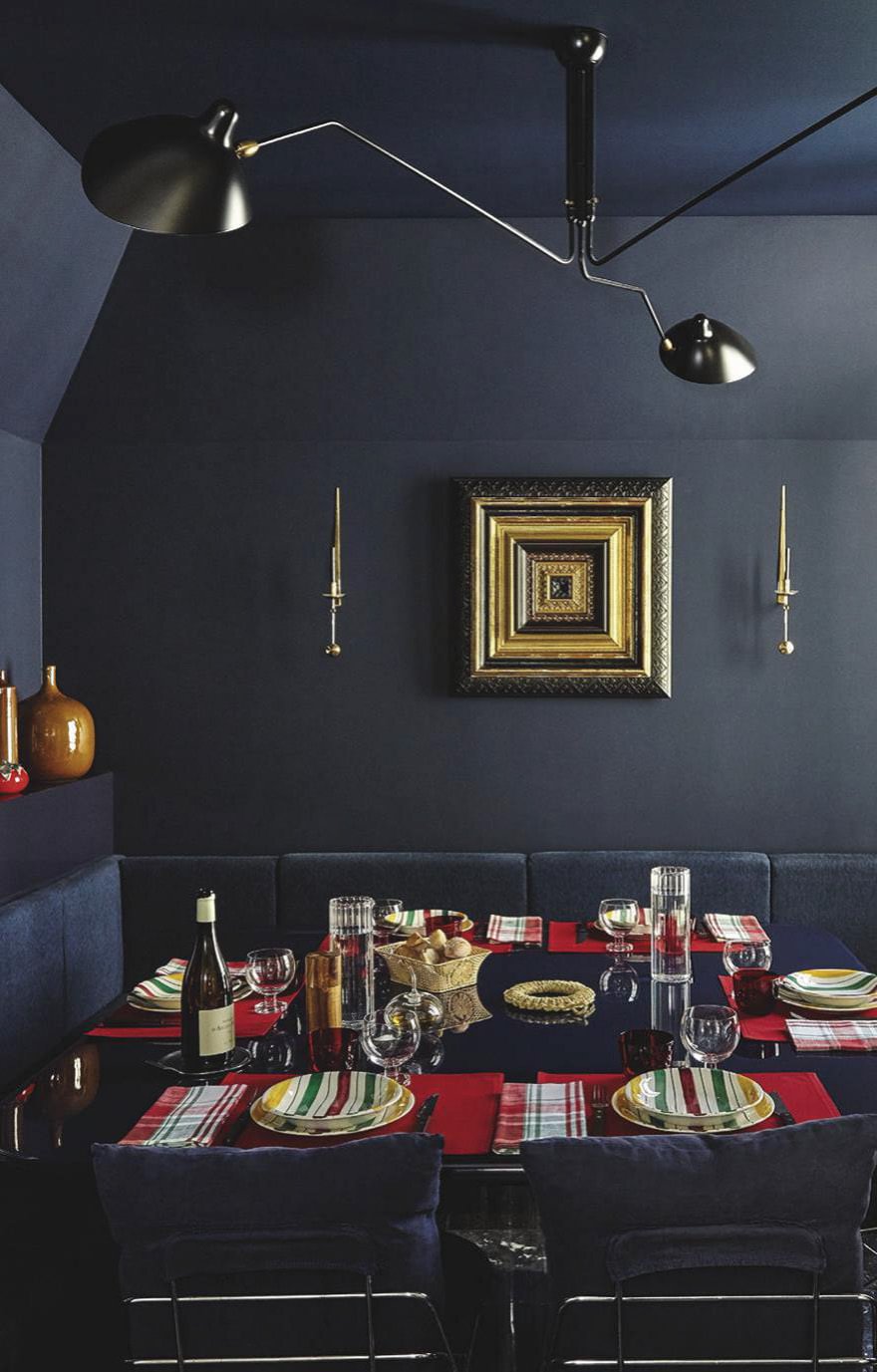 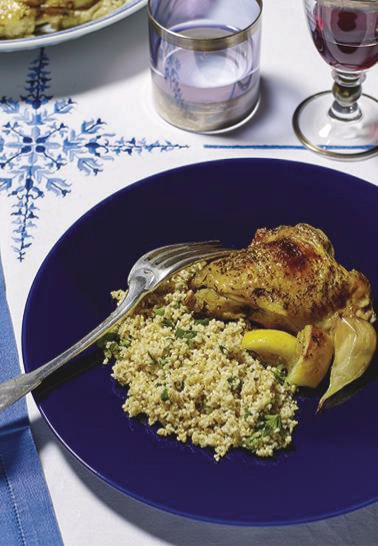 The food in the book is charmingly unpretentious, and when you live a life of fancy dinners in who’s-who surrounds, what could be more of a pleasure than its antithesis: simple food in warm company. Consider tender poached chicken with herb-flecked green sauce, linguine with prawns and peppery rocket, and veal scaloppini with artichokes.

Famed American socialite Dodie Rosekrans, who died in 2010, taught the couple a lot: “Don’t cut the bread until right before you sit down,” says Ferrell, “and cocktails should never last more than an hour.” Most crucially: if you accept an invitation, you have a responsibility to be a good guest.

Dinner parties at Laurent and Robert’s start with drinks: some wine, a cocktail or Champagne. “And then there will be something light like radishes — something simple, and never too much,” says Buttazzoni. Mains are made in advance then warmed up, and dessert, in typical French fashion, is brought by a guest. “You have to be specific — that lemon tart from that place,” says Buttazzoni. “Plus, they might discover a pâtisserie they didn’t know about.”

And entertaining should be fun for everyone. “The main idea of the book was to take out the intimidation of entertaining,” he says. “It’s not a question of money — you can entertain with a very good pasta. Don’t try to do something too complicated: it will not work. Do it simply, well, nicely presented — that’s enough. I swear, everybody will be happy.”