Live-forevers, one of sedums’ common names, speaks to their easy-to-grow nature. Their versatility makes them an ever-popular perennial. Also known as stonecrops, sedums are at home with grasses, in butterfly and pollinator gardens, in rock gardens, on rooftops, at border edges, as groundcovers, as hedging or cut flowers, and in both formal and informal landscapes. Many thrive alone or as container-mates in hypertufa troughs, window boxes, and ceramic or clay pots. You can even bring them indoors as decorations where winters are too cold.

The genus Sedum comprises about 470 species in the family Crassulaceae. Botanically, sedums are split into two groups: low-growing Sedum and tall, upright Hylotelephium, but they’re both commonly referred to as sedums (see “What’s in a Name?,” right). Their succulent foliage and stems enable them to tolerate dry soil and drought. Some are evergreen (S. dasyphyllum [S. burnatii]), but most are deciduous. The fleshy leaves may be needlelike, flat and rounded or dull-pointed, or finger-shape. Colors include solid green (S. ‘Sublime’); variegated green-and-white (S. ‘Frosty Morn’); blue-green (S. ‘Thundercloud’); gray-green and silver (S. ‘Pure Joy’); plum, red, and purple (S. ‘Purple Emperor’); and even yellow or gold (S. mexicanum). Their starry five-petaled white, yellow, pink, or red flowers burst forth in clusters or sprays that entice butterflies, bees, and other pollinators to flock to their blooms. Work them in wherever you want a perennial with multiseasonal interest. As their common name implies, they’re sure to live forever as a garden go-to.

WHAT’S IN A NAME? SEDUM OR HYLOTELEPHIUM?

All stonecrops are sedums, right? Maybe. Tall, upright sedums such as ‘Autumn Joy’ (‘Herbstfreude’) were moved to the genus Hylotelephium. Whole ground-huggers such as S. mexicanum Lemon Coral remain known as sedums. Not all catalogs and nurseries changed to Hylotelephium, so you may find the same species designated in different places as Hylotelephium and Sedum.

HOW TO GROW: Soil must drain well; neither tall nor creeping sedums will tolerate wet feet. They are ideal on sandy banks to control erosion, between crevices, or in xeriscape and rock gardens. They are fine with lean soil and don’t require fertilization. Most species do best in full sun or at least part sun; October daphne (S. sieboldii) and Oregon stonecrop (S. oreganum) are exceptions and need some shade. Pests and diseases are few, although aphids and slugs can become a nuisance; deer seldom dine on sedums. Tall species may flop with top-heavy flowers, especially in fertile, irrigated border settings. Plan to cut tall plants by half in late spring to force strong, bushy growth.

PROPAGATION: Increase sedums by division in early spring or by cuttings of nonflowering stems a bit later. Leaf cuttings and seeds are alternate methods.

BEDS AND BORDERS: Select tall, upright-growing stonecrops for these spaces. ‘Autumn Joy’ (‘Herbstfreude’) is the best-known tall cultivar; ‘Autumn Fire’ is a more compact improvement. For extra interest, choose a cultivar with variegated foliage such as ‘Beach Party’, ‘Frosty Morn’, or ‘Elsie’s Gold’. 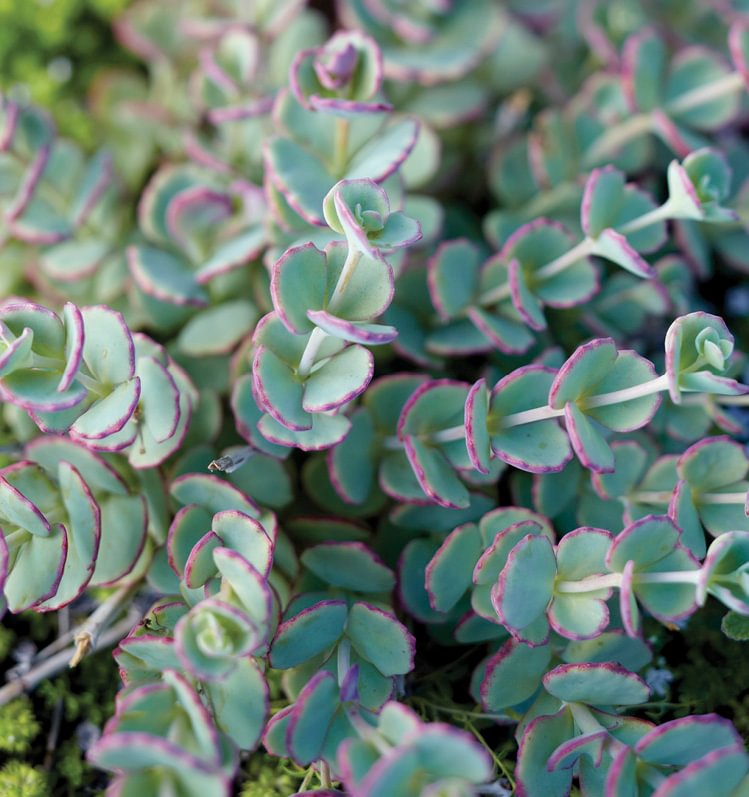 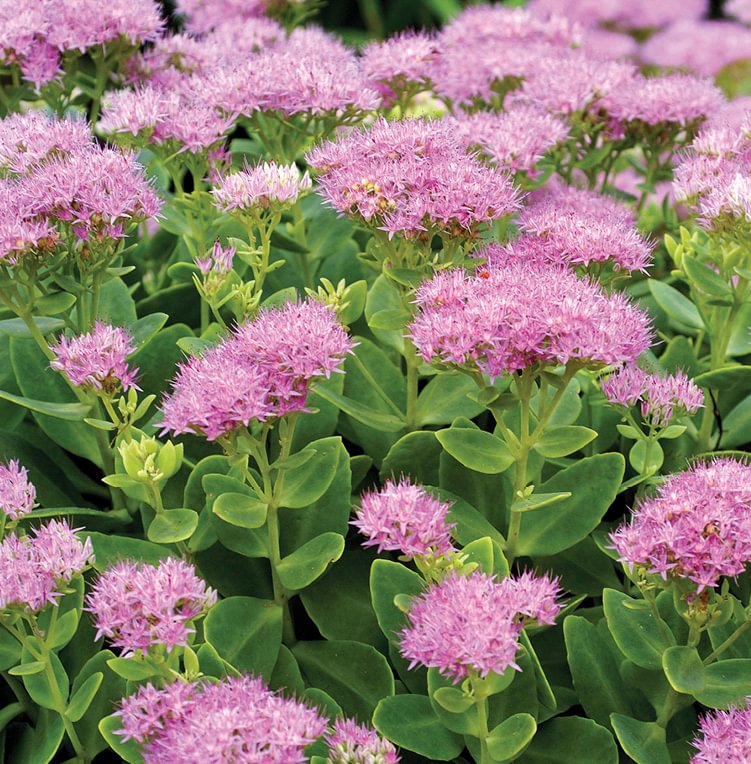 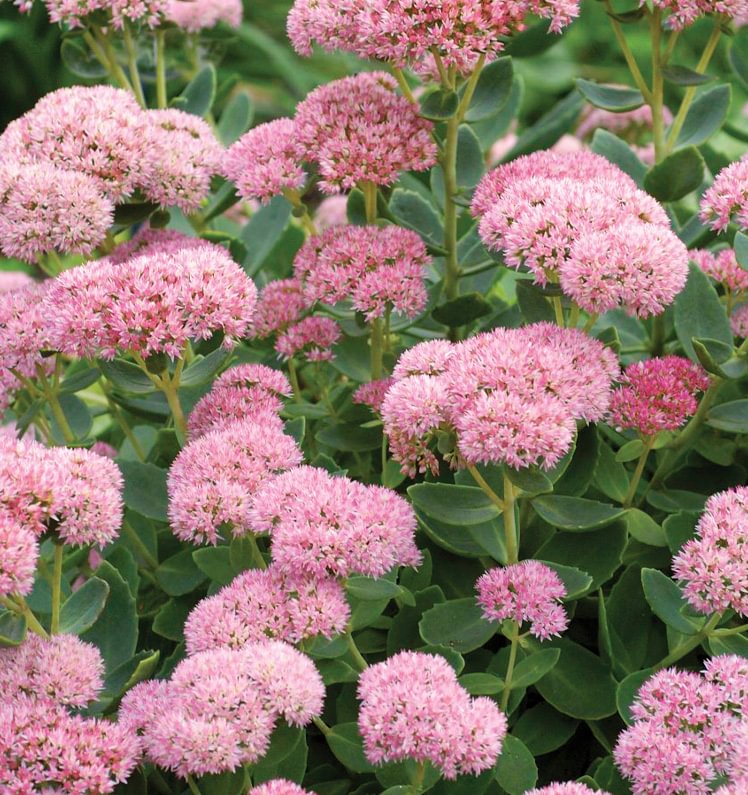 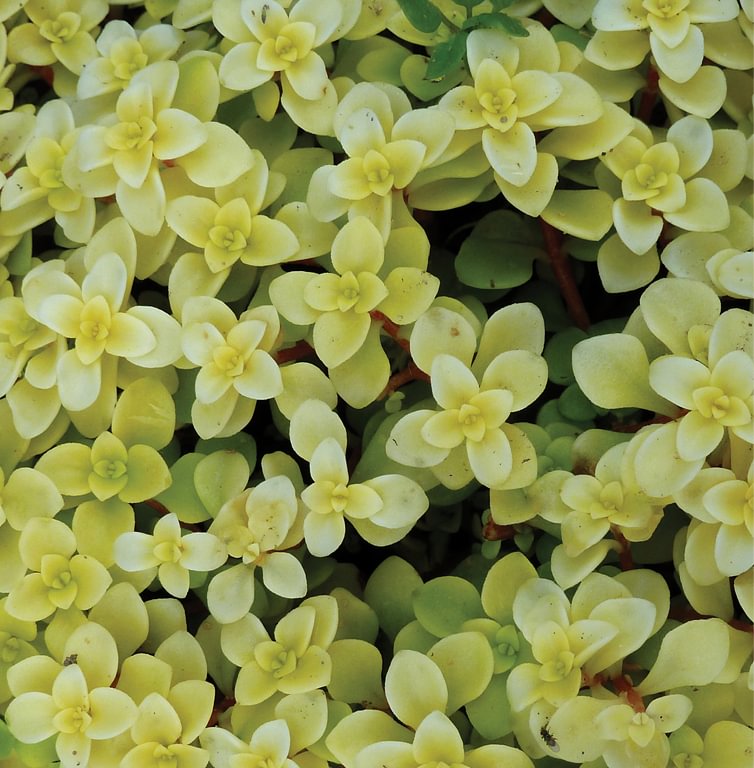 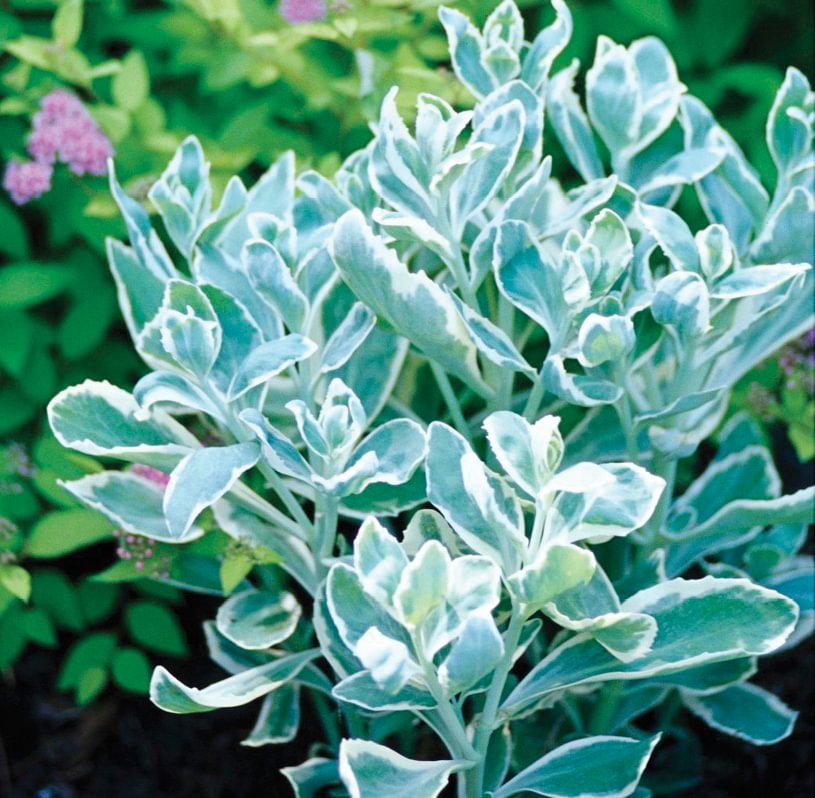 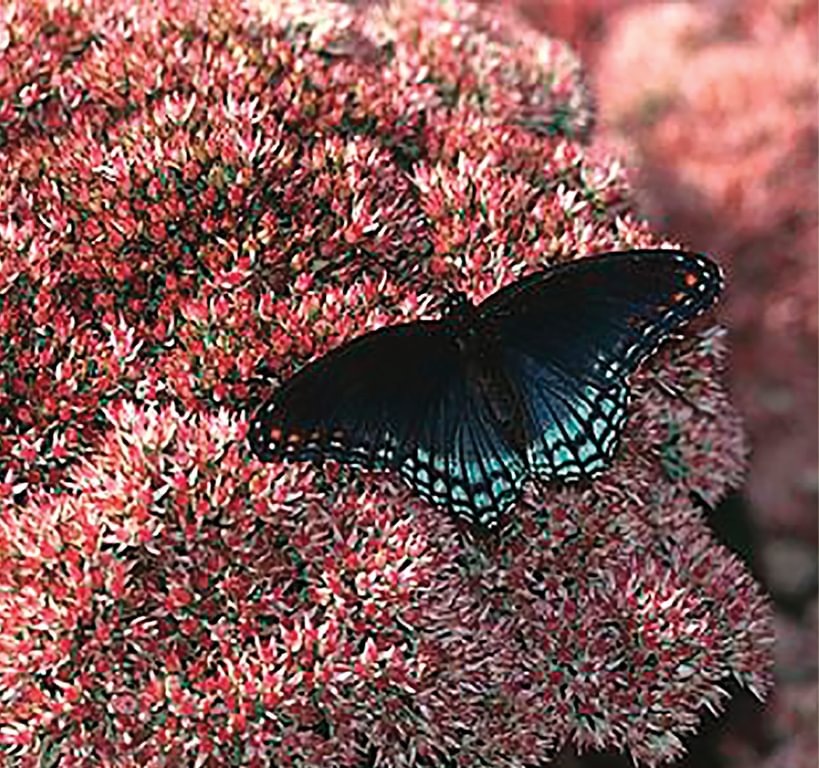 PLANT AT A GLANCE