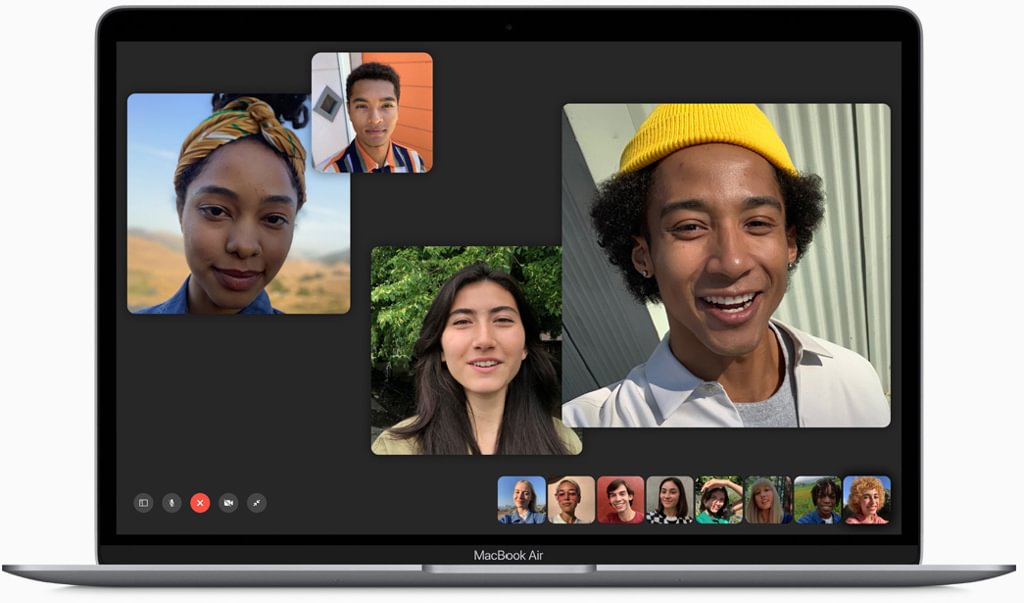 (IMAGE: APPLE)
Does Apple’s simplified Mac lineup have a hole in it?
Apple’s recent tweaks to its portable Mac lineup puts the company in an unusual position.
BY DAN MOREN

When Steve Jobs came back to Apple, one of his early moves was to vastly simplify what had become a bloated lineup of Mac hardware. Jobs famously showed off a two-by-two product grid: pro and consumer, desktop and portable. Filling the grid were four products—iMac, Power Mac, iBook, PowerBook—each addressing one of those combinations.

The two-by-two grid lasted for several years, until the debut of the category-busting Mac mini in 2005. Since then, there’s been an almost magnetic impulse to cite the grid as the holy grail of Apple product design aspirations. Every time Apple releases a new Mac, pundits try desperately to figure out how to shove that latest addition into the already bulging grid.

With the company’s recent rearrangement of its portable lineup, Apple has gotten both closer to and farther away from that product grid ideal—if indeed it’s even an ideal that Apple should be striving for anymore. But what the new lineup does point out is that there’s a puzzling imbalance in the company’s Mac offerings. 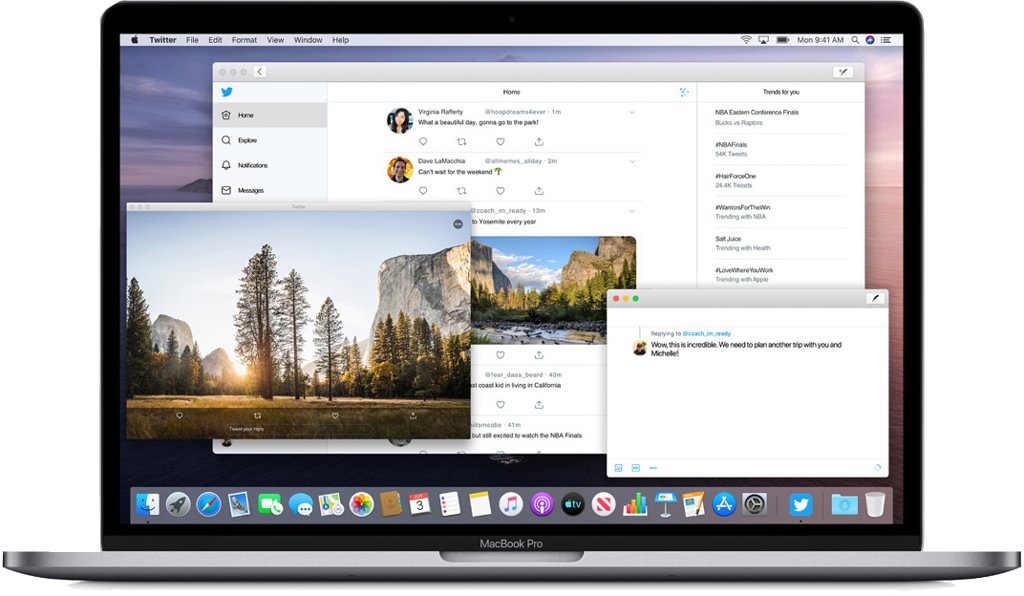 A vast majority of Macs sold by Apple are laptops.

At the end of last year, Apple announced that it would no longer report unit sales on its products, depriving both financial analysts and us poor tech writers of hard data on which to base our speculation. But look back further and you’ll find Apple actually used to break out its portable versus desktop sales. The last filing to report those, in the last quarter of 2012, shows that the company sold about a million desktops, compared to 3 million portables.

Of course, some of that could be attributed to pent-up demand: Apple’s lackluster 2013 Mac Pro stifled sales for high-end desktop Macs; the same could be said on the low end for the Mac mini, which went several years without a significant upgrade. But the overall trend in the market has been undeniably toward mobile computing, driven in part by Mac laptops, but also by the phenomenal success of iOS devices.

Given the high demand for Mac laptops, it makes sense that Apple would be aggressive about its products. Hence the recent rejiggering of the MacBook lineup, which saw cheaper entry-level prices for the MacBook Air and MacBook Pro, as well as the latter getting a more streamlined selection of models. (For the moment, we’ll set aside the frustrations about Apple laptops voiced from certain corners, including keyboard woes.)

The simultaneous discontinuation of the 12-inch MacBook, Apple’s smallest and most lightweight offering, seemingly brings the laptop lineup back into the territory of that two-by-two product grid: the MacBook Air is Apple’s consumer portable; the MacBook Pro is its professional model.

But this also means that, for the first time in a long time, Apple’s desktop lineup provides a broader range of options than its laptop bench. You have the Mac mini, the iMac, the iMac Pro, and the forthcoming Mac Pro. Even if you jammed the iMac and the iMac Pro into the same product box, your grid would still be straining at the seams. In fact, you can pretty much move the desktops into their own two-by-two product grid: all-in-one consumer (iMac) and professional (iMac Pro) models versus modular consumer (Mac mini) and professional (Mac Pro) models. 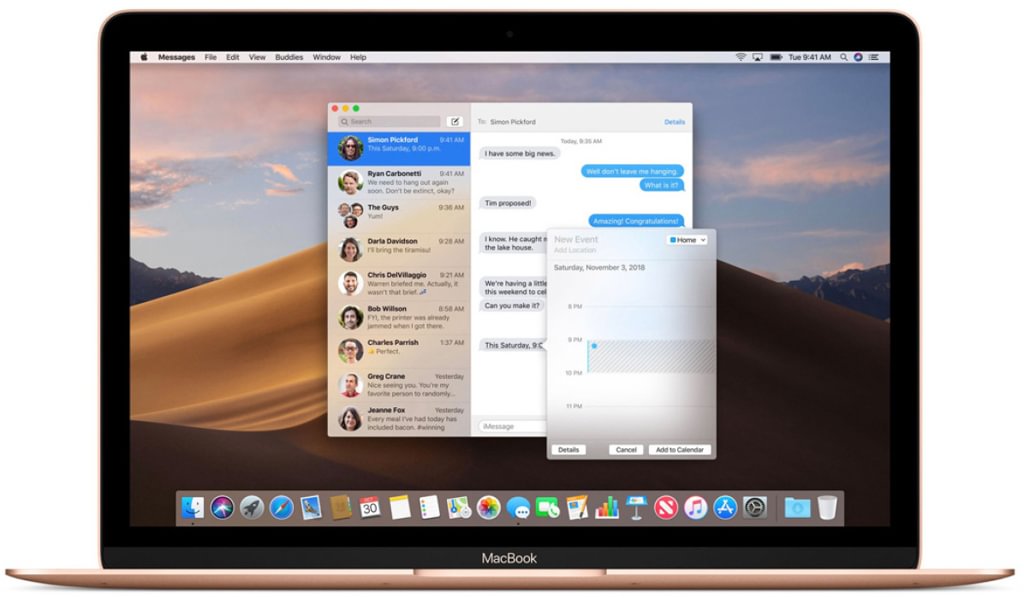 Even that analogy is imperfect: while the Mac Pro and iMac Pro are clearly professional-level machines, the iMac and Mac mini are hardly slouches.

So, what gives? Is Apple all in on desktops over laptops now? One interpretation might be that Apple has realized mobile computing has shifted toward iOS devices, especially for the kind of lightweight category that the 12-inch MacBook used to fill.

Still, the MacBook lineup seems to be missing something. Since the MacBook Air’s introduction back in 2008, Apple’s always had a thin, light laptop in the mix, usually representing the puck toward which the company is skating with its portable offerings. But with the 12-inch MacBook, the consensus often seemed to be that the company had skated too far too fast, made too many trade-offs. It didn’t help that the revamped MacBook Air seemed to address much the same market, and provided better bang for the buck.

But that doesn’t mean there isn’t room for an ultralight MacBook in the mix. I’ve been banging the ARM-based MacBook drum for a while now, in the hopes that I’ll eventually be that stopped clock that’s right twice a day. Such a device could theoretically provide much better power efficiency in a package that’s lighter and smaller than a MacBook Air—and perhaps has more acceptable trade-offs. And if a newer device is in the works, it potentially explains why Apple might choose to discontinue the 12-inch MacBook now rather than simply updating it at a later date.

That said, what Apple’s overall Mac lineup makes clear is that the two-by-two product grid of yesteryear isn’t an ideal we’ll be getting back to anytime soon. For one, as much as the lines between consumer and professional have blurred, the types of devices have gotten fuzzy as well. Where do iPads fall in that theoretical grid? Are they part of the company’s portable strategy, or an entirely separate row in the grid? What about iPhones, for that matter?

As comforting as the two-by-two product grid is, it’s ultimately a pipe-dream in this day and age. Most of us don’t have just one or two devices anymore: we have a panoply of gadgets that fill a variety of purposes, from Apple Watches on our wrists to Apple TVs or HomePods in our houses. The product grid was a useful tool, once upon a time, but perhaps it’s outlived its usefulness in a day and age where it seems we all live inside a grid all the time. ■