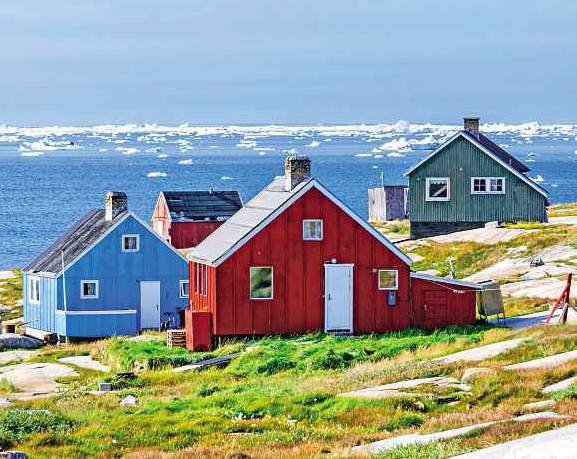 Shortly before the collapse of the USSR, the then Soviet leader Mikhail Gorbachev visited New York. For a publicity stunt, a local news channel hired an impersonator to turn up with four Russian models in a limousine and do an impromptu meet and greet among passers-by. Suddenly, a certain real-estate developer, not spotting the deception, elbowed his way through the crowd and started lavishing praise on “Gorbachev”, presumably with an eye to discussing Moscow property deals. So perhaps it’s not surprising that, 30 years on, the imagination of the same real-estate developer, now the US president, has been “captured” by the idea of the US buying Greenland. Trump has even asked government lawyers “to look into the idea”, says The Wall Street Journal.

Buying Greenland may sound crazy, even for Trump, but “it is not entirely in the realm of fantasy”, says Ed Pilkington in The Guardian. Indeed, as late as 1946, then US president Harry Truman tried to buy Greenland from Denmark for $100m (about $1.3bn in today’s money), but was rebuffed. Back in 1917, the US was actually able to buy the Danish West Indies from Denmark, “rebranding them the US Virgin Islands”, for $25m ($490m). So buying up Greenland would not be an unprecedented move, and it would make some sense: the US military already has a major airbase in the country, which is an important part of the country’s global radar system.

If Trump were to try and put in a bid, he’d have to offer a lot more than Truman did, says Jamie Powell in a satirical piece on the FT’s Alphaville blog. Greenland’s crude-oil deposits alone are worth around $300bn-$400bn. It is also home to “some of the world’s largest rare-earth deposits” – that could add another $700bn to the price tag, assuming that “local regulations, like the ice-caps, are quickly dissolved”. Throw in the cost of the physical land and you could safely assume that, even on a “very conservative” estimate, the US would be looking at paying around $1trn.

Yet even if the US were willing to offer enough money, and that Danish and US public opinion were behind a deal, it’s not clear who Trump would negotiate with, says Matthew Yglesias for Vox. Greenland has been a Danish colony since the 19th century and became a full part of Denmark in 1953. However, in 1979 Greenland’s population obtained home rule, meaning that most domestic affairs were transferred into the hands of Greenland’s government. Ten years ago, Greenland’s voters approved “a transition plan to have all power except for foreign affairs and defence transferred” too. So “it does not appear that Denmark could sell Greenland even if it wanted to”.

Greenlanders “have pointed out their home is not for sale” and Danish politicians have reacted to the proposals with “bemused horror”, says Jon Henley in The Guardian. One Danish politician called the idea “the most absurd in living memory”; another called it “definitive proof” that Trump “has gone crazy”. Former prime minister Lars Løkke Rasmussen was more diplomatic. “It must be an April Fools’ Day joke,” he said, “but totally out of season!”