The much-heralded tie-up between DTM and Super GT in the form of the Class 1 concept has often been frustrating. It took seven years of planning to reach the Fuji Dream Race, with Audi and BMW often blaming Mercedes dragging its heels before its end-of-2018 DTM exit as a key factor.

Regardless of the whys, it took Gerhard Berger’s appointment as DTM boss in 2017 for the push to Class 1 to be reignited, and it was no surprise that he took a moment last Saturday to reflect on the fruition of his work as he stood on the grid, overlooked by the famously passionate Japanese fanbase in the grandstands.

“Honestly, I was standing on the starting grid and when I saw all the different manufacturers coming in with all the colours and brand names, I think that’s what we need to focus everything on,” he said. “We needed to hang on until we made it happen. It’s hard sometimes, and frustrating, but when you see the result of it as today, that’s the way to go. Go for this category in motorsport – 100% sure.”

Nicer scenery for Wittmann than he gets at Lausitzring (BEIL; motorsport IMAGES)

The official attendance last weekend was 51,800, around 80% of what Fuji’s actual Super GT round attracted, which is massively boosted by it taking place during the May Golden Week holiday period and by being the longest race of the season. That is a seriously impressive starting point.

Another promising aspect is that all the manufacturers have thoroughly bought into the process. Audi and BMW decided to send its most prominent figures to Fuji over the Formula E season opener in Saudi Arabia, such is the belief that Class 1 is of vital importance to the DTM’s future. On top of that, Autosport understands that Audi and BMW operated an open-door policy in helping Super GT makes Nissan, Lexus and Honda understand the intricacies of the DTM’s single-spec Hankook tyre compared to Super GT’s tyre war. And while Super GT certainly isn’t going to move away from its endurance racing roots, those within the Japanese series fully enjoyed the quirks of a sprint format, with drivers and race crews liking the challenge.

While Hockenheim’s toe-in-the-water exercise for Super GT last month ultimately underwhelmed – apart from Jenson Button’s heroics in the Team Kunimitsu Honda – the competition was far closer at Fuji. The home advantage certainly helped, as did the knowledge of the Hankooks picked up by Honda, Lexus and Nissan in Germany. Several DTM drivers said they were impressed with how quickly the Super GT teams got to grips with the most challenging factor of tyre management, regardless of the series having been given four tyre testing sessions to get up to speed. 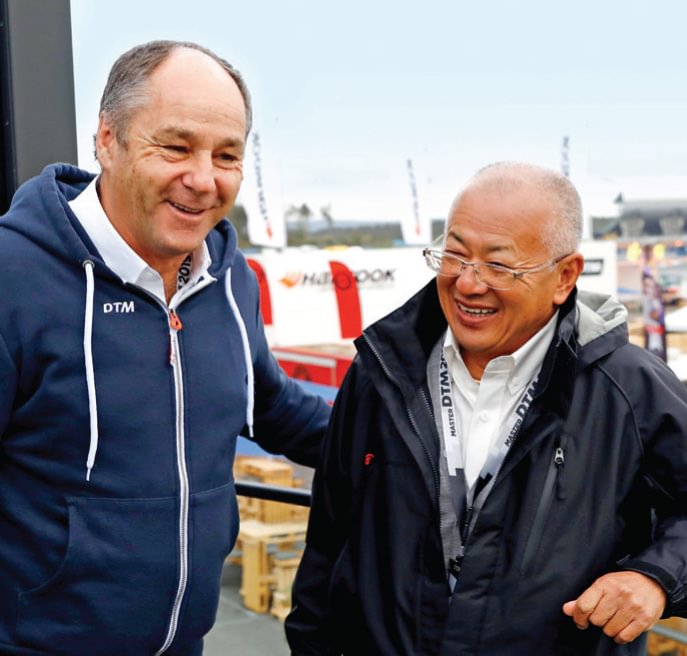 Berger and Bandoh are all smiles (DTM)

But there is still a disparity that will need to be reviewed: equalisation. It is understood that Audi was a vocal proponent of a Balance of Performance after it became clear that the DTM cars could match the Super GTs on one-lap pace but, particularly in the dry, were no match for Super GT’s higher power and complex aerodynamics over a stint. BoP talks on Saturday night proved a dead end. And frankly, that BoP push was in poor taste considering Super GT decided against such measures at Hockenheim as it did not want to influence the DTM season finale by running at the front.

In the end it mattered little, as changeable conditions and safety-car-affected racing allowed the DTM brigade to stay artificially close and run in the top 10 consistently, but this cannot be relied on in the future.

Fuji was a clear success and vindication of a long path to reach it, but the next stages are unclear. Press conferences at Hockenheim and Fuji have been vague and confusing. Berger and the DTM manufacturers appear keen for a ‘car exchange’, allowing more brands in both series without compromising the grid size, while his Super GT counterpart Masaaki Bandoh appears keen for a winter series competition.

Next year there will be progress as Super GT moves fully in-line with the Class 1 regulations, but discussions over 2020’s joint racing and further collaboration remain frustratingly far from a resolution. 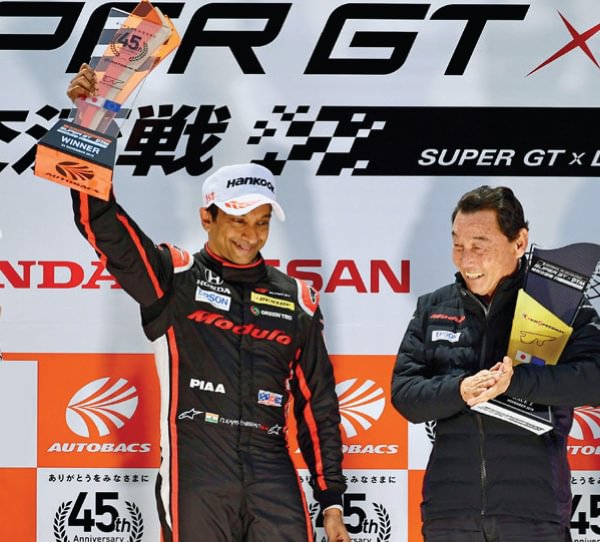