Here's How
/ Here’s How HOW TO BUILD, MAINTAIN, AND FIX YOUR TECH GEAR
Upgrading to a 5G phone: When’s the right time?
Let us help you decide.
BY MICHAEL SIMON

If you’ve even glanced at a tech blog this year, you’ve surely seen the term 5G. Hailed as the next big advancement in mobility, 5G will be an enormous breakthrough for smartphones and other connected devices, letting us download movies in a blink of an eye, while eliminating frustrating slowdowns once and for all.

But just because you can buy a 5G phone right now doesn’t mean you should. Like all new tech, the earliest 5G phones are expensive and underwhelming, with soon-to-be-outdated parts and a vague promise of future-proofing.

But all that’s going to change very soon.

In 2020, the 5G vision will begin to take shape in a real way, and if you’re interested in getting on board, you’ll want to make sure you upgrade to the right handset at the right time. Here’s what to look for, so don’t pull the trigger too early:

Most people don’t give much thought to modems when they buy a phone, but you’ll want to check the spec sheet before buying your first 5G phone. Since Intel dropped out of the race and U.S. companies are forbidden from doing business with Huawei, Qualcomm is the only game in town when it comes to modems, and the first-generation X50 modem that’s in the Samsung Galaxy S10 5G and other phones is truly a freshman effort.

But fret not! The first phones equipped with Qualcomm’s second-generation X55 5G modem will start hitting shelves in 2020, and it’s a massive improvement over the X50 modem that powers first-generation 5G phones.

Here’s how Qualcomm explains it: “Snapdragon X55 is a 7-nanometer single-chip integrated 5G to 2G multimode modem that supports 5G NR mmWave and sub-6 GHz spectrum bands with up to 7 gigabits per second (Gbps) download speeds and 3 Gbps upload speeds over 5G, and Category 22 LTE with up to 2.5 Gbps LTE download speeds.”

So let’s break all that down. Because it’s an integrated chip, it’s smaller, faster, and more efficient than its predecessor. The X50 modem was strictly a 5G modem, so it needed to be paired with a second 4G LTE modem alongside the Snapdragon 855 processor. But now that the X55 is a fully integrated solution, it will be much more versatile, and the next crop of 5G phones will likely be thinner and lighter than the current crop. And since the X55 is a standalone part, it will be able to be integrated into midrange processors too, so you won’t have to break the bank to get 5G.

And it’s faster too. While both chips support the mmWave and the sub-6GHz spectrum bands that comprise the two common forms of 5G, the X50 topped off at 5Gbps, while the X55 is capable of reaching speeds of 7Gbps. Granted, no network is even close to achieving those speeds and probably won’t be for many, many years, but a higher ceiling should make things speedier throughout.

Even more importantly, the X55 has an integrated LTE modem on board, so switching between the two networks (5G and 4G) should be faster and more seamless. That’s important because 5G networks are still being built out, and phones will need to jump between the networks regularly. So whether you’re buying an Android phone or an iPhone with 5G, you’ll want Qualcomm’s latest X55 modem inside. 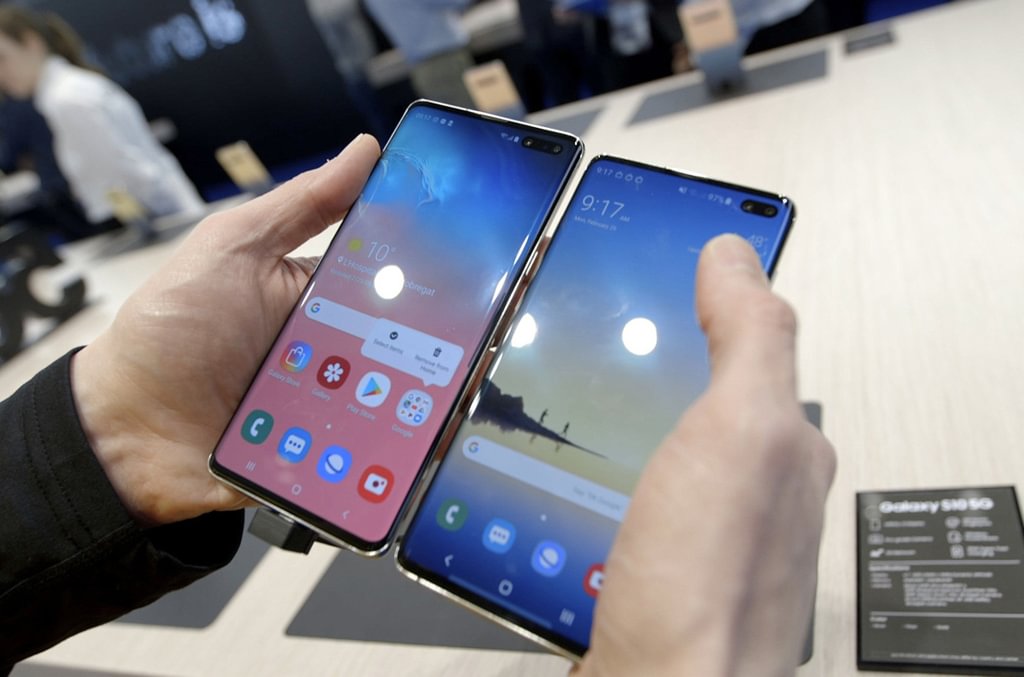 There are a lot of ways to break down the definition of “service.” Let’s start by discussing why you’ll want your network to robustly support both mmWave and Sub-6GHz.

When you hear about 5G’s insane multi-gigabit speeds, mmWave is what people are talking about. And I can attest that it’s real and it’s spectacular. However, it’s also extremely limited. mmWave service relies on communication with small towers, so it’s deployment is often limited to discrete blocks in an urban environment rather than across multiple miles of uninterrupted service.

mmWave is also very finicky, has trouble penetrating walls and thick glass, and needs a straight line of sight, so if you’re walking away from a tower you might lose service. That said, carriers are working on technologies to enhance the reliability and reach of mmWave, and it will definitely be a major component of 5G, especially in major cities. But it’s going to be quite limited for many years to come.

While mmWave is nice, Sub-6GHz 5G is the 5G most people will be experiencing. Similar to LTE, it uses common wireless frequencies and antennas to broadcast its signal, much like 4G LTE. While there are limitations when compared to mmWave—mainly speeds and bandwidth—it’s far more realistic on a nationwide scale, so you’ll want to make sure your carrier is bringing Sub-6GHz to your town before committing to a 5G phone. The good news, though, is that the infrastructure rollout should be much quicker than mmWave, which has been frustratingly slow.

Speaking of infrastructure, there’s no bigger factor in buying (or not buying) a 5G phone than what your wireless carrier is doing in your own backyard. That’s because 5G networks are still being built, and the Big 4 U.S. carriers are all battling each other for bragging rights. All four carriers have some version of 5G up and running, but depending on which service you subscribe to, the 5G experience will be very different. Let’s break down who’s doing what. 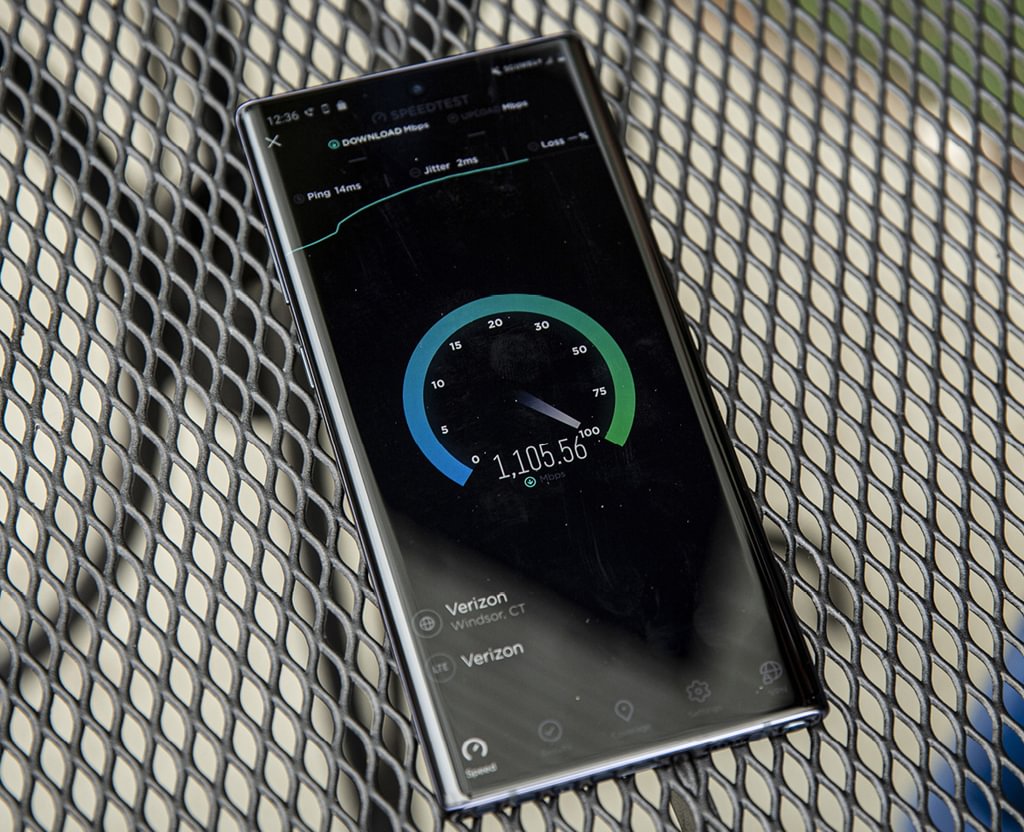 Verizon’s mmWave-based 5G service is pretty remarkable when you can get it.

Verizon: Verizon claims that 30 cities will have 5G by the end of 2019, but so far it’s only delivered on roughly half of that promise, and that’s only if you include cities with NFL stadium deployment (denoted with an asterisk):

Even if you live in one of the cities listed, your 5G experience will still be spotty because Verizon has opted to build out its 5G service using high frequency millimeter waves, which deliver the fastest possible speeds but also rely on a very precise deployment. Every time Verizon launches 5G in a new city, it needs to set up a system of mini towers that are affixed to the tops of telephone poles and buildings. Since the network is literally being built from the ground up, the rollout is extremely laborious, so in some cases the 5G network is limited to just a few blocks.

Verizon allegedly has a plan to blanket the nation with slower-but-still-way-faster-than-LTE sub-6GHz 5G, but it hasn’t announced when, where, or how it will begin rolling it out. Expectations are that it will begin sometime in 2020, though.

AT&T: While AT&T was technically the first U.S. carrier to deliver 5G via a handful of hotspots in late 2018, its mobile deployment has somewhat stalled since then. AT&T has focused mainly on homes and businesses with mmWave cells for its first round of 5G coverage, but expects to begin rolling out its sub-6GHz 5G to mobile customers in early 2020. That should dramatically improve the coverage area, but AT&T hasn’t offered much in the way of specifics. For now, AT&T is mainly delivering insanely fast stationary broadband via 5G.

However, that might change before the calendar changes to 2020. AT&T announced on November 21 that it will be flipping the switch on its nationwide 5G before the end of 2019 over its low-band spectrum in several cities across the U.S.:

Additionally, it says 5G will be quickly expanding to several more markets:

It's unclear what the speeds are, but based on the maps provided, the coverage is far better than Verizon’s mmWave. However, since it’s using a low-band spectrum, speeds will likely be far slower than they are on Verizon.

Sprint: Sprint has put its 5G rollout on hold as it waits for its merger with T-Mobile to clear the final FCC and judicial hurdles, but it does have a 5G presence in a few cities: 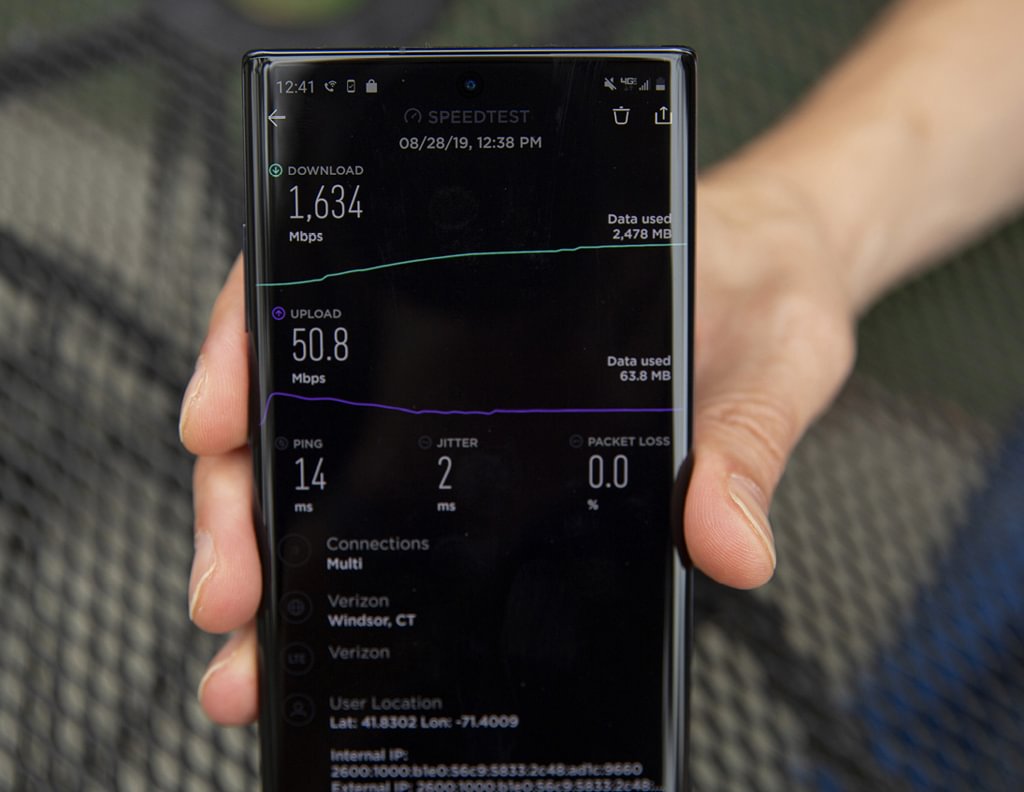 Sprint is focusing more on continuous coverage rather than multi-gig speeds, using its 2.5GHz spectrum and Massive MIMO to provide a greater 5G footprint. It basically piggybacks onto LTE networks, so coverage in the cities listed above extends hundreds, even thousands of square feet, rather than a few blocks. However, we won’t know much about Sprint’s 2020 plans until the date of its merger with T-Mobile is officially decided (but it’s looking good).

T-Mobile: T-Mobile was the last carrier to bring 5G to its network, but that’s about to change in a big way. While it already offers minimal but speedy mmWave in a handful of cities (Cleveland, OH; Dallas, TX; Las Vegas, NV; Los Angeles, CA; and New York, NY), T-Mobile has announced that it will roll out “Nationwide 5G” on December 6 using its expansive 600MHz spectrum.

It’s not nearly as fast as the 2Gbps-plus speeds that mmWave networks have reached—T-Mobile says it can reach speeds of 450Mbps—and there are a lot of unknowns, most notably how it scales and how much of the nation will be covered. But T-Mobile says it will reach 200 million people, so it will definitely be the widest 5G coverage map so far.

Lest we forget, you did start reading this article because you want to know when to buy that 5G handset. So, ultimately this is a decision hinged on spending money, and you’ll want to be aware that 5G currently demands a premium.

The first crop of 5G phones are extremely expensive for two reasons: It’s new technology, and the phones need to be very big to handle the battery and thermal requirements of the existing X50 modem. But with the X55 modem expected to arrive in early 2020, prices should come down considerably, maybe even to the point where the only option in Android flagships is 5G, just like 4G.

As with the launch of the fledgling 4G network, we wouldn’t recommend paying extra just for 5G chipset support. But hopefully 2020 will bring much more reasonably priced handsets, including some midrange options thanks to the X55 modem. 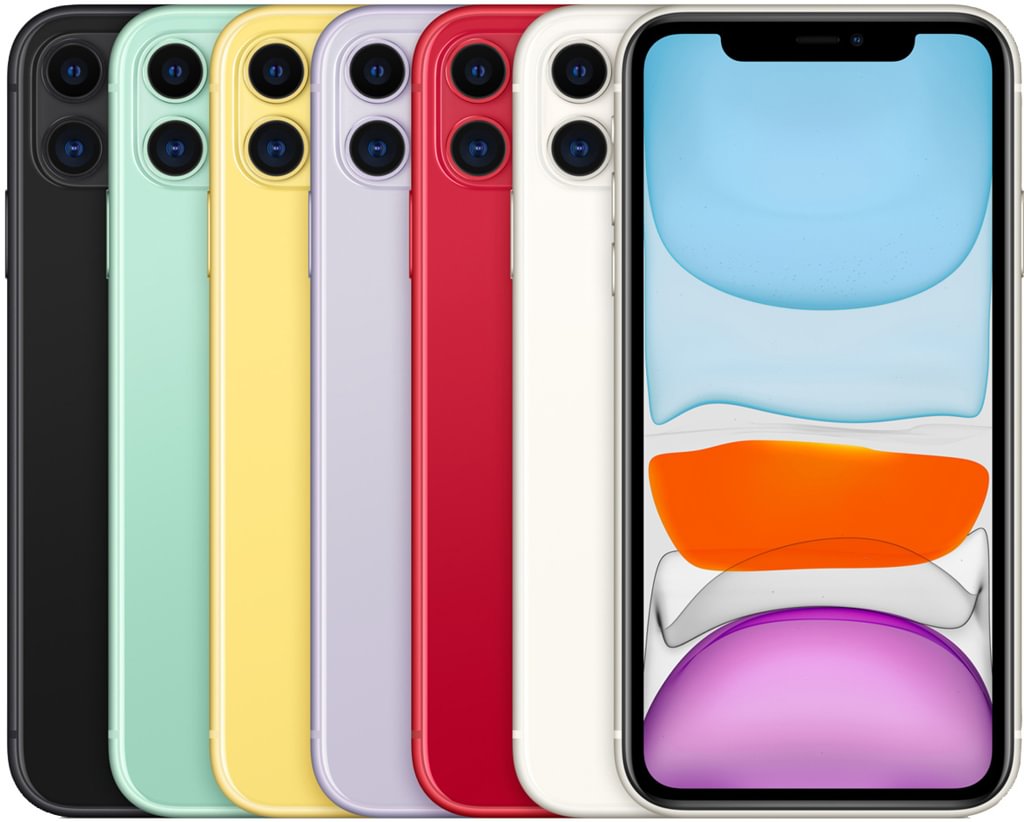 Apple is expected to launch its first 5G handset in 2020.

With around 200 million handsets sold every year, 5G won’t be a thing until Apple says it is. But all signs point to 2020 being the year. With the X55 modem and a strong sub-6 GHz infrastructure likely in place by then, all signs point to the era of 5G likely commencing with the launch of the iPhone 12. Rumor has it that it might be a “Pro” option rather than something available on all three models. So, just like with Android phones, we’d recommend against paying extra just for 5G. But there will surely be plenty of reasons to opt for the iPhone 12 Pro other than just its 5G support. ■