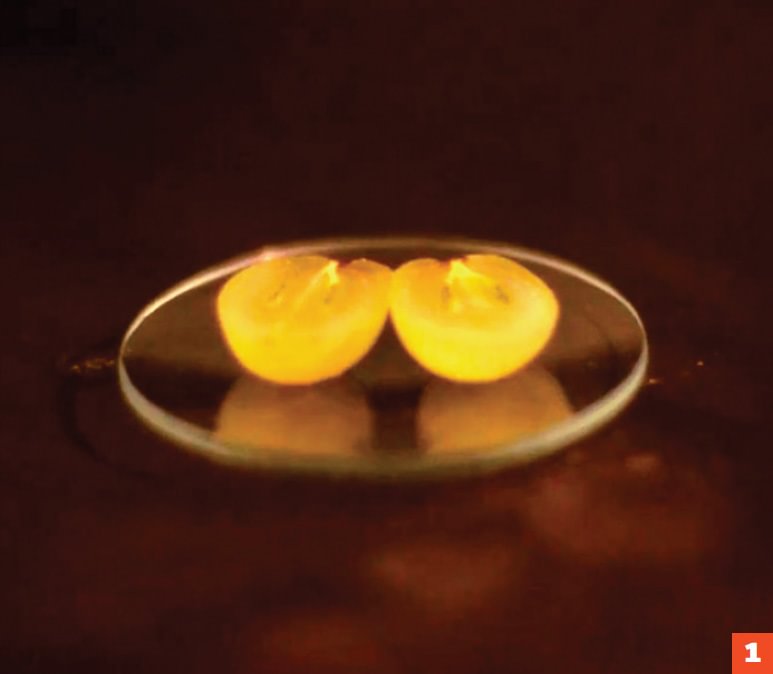 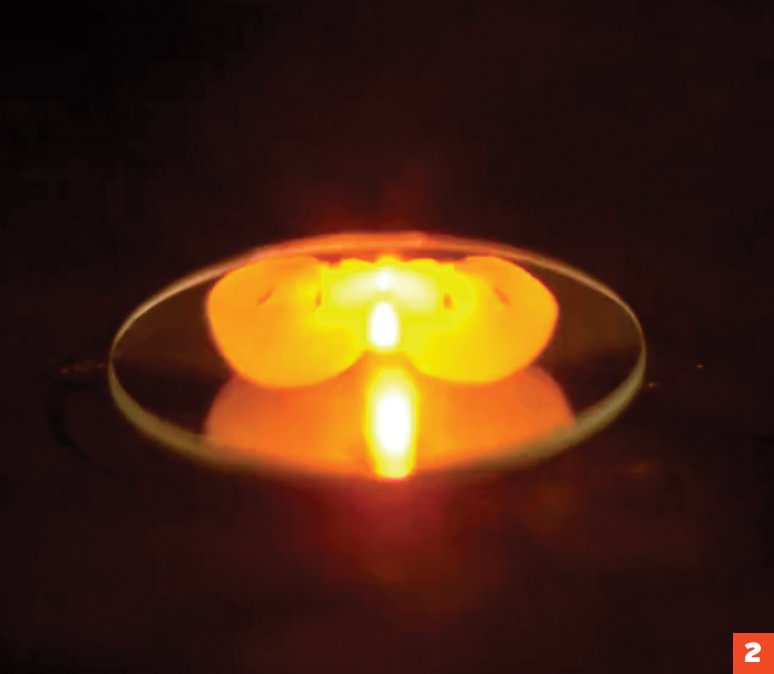 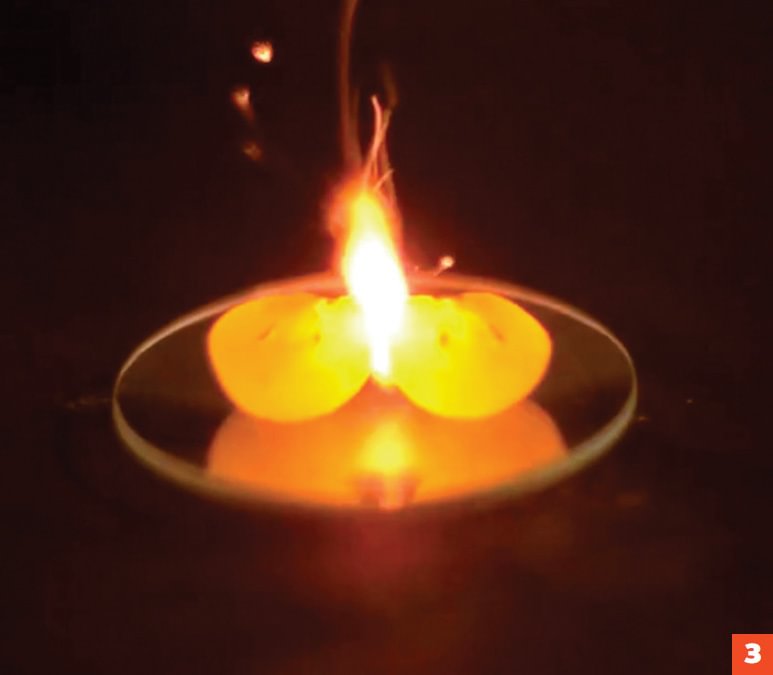 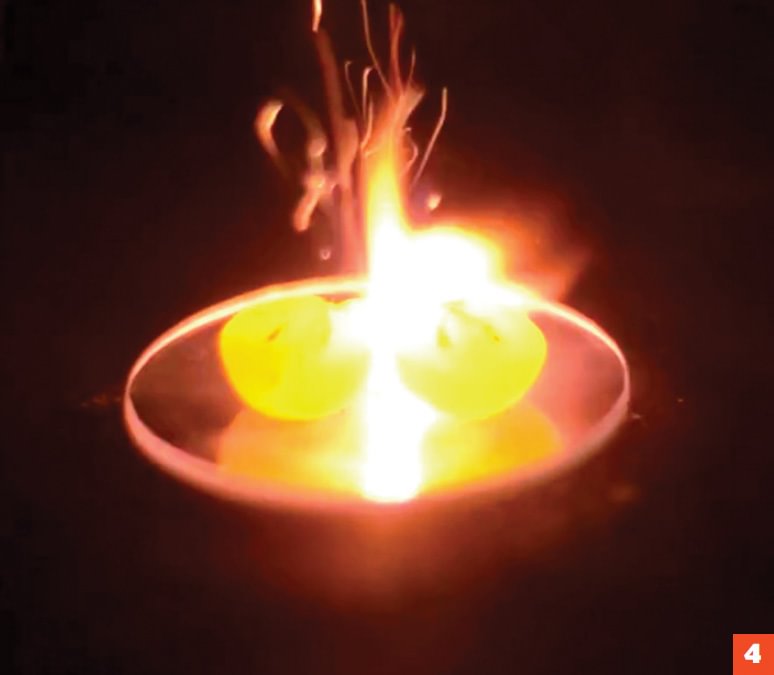 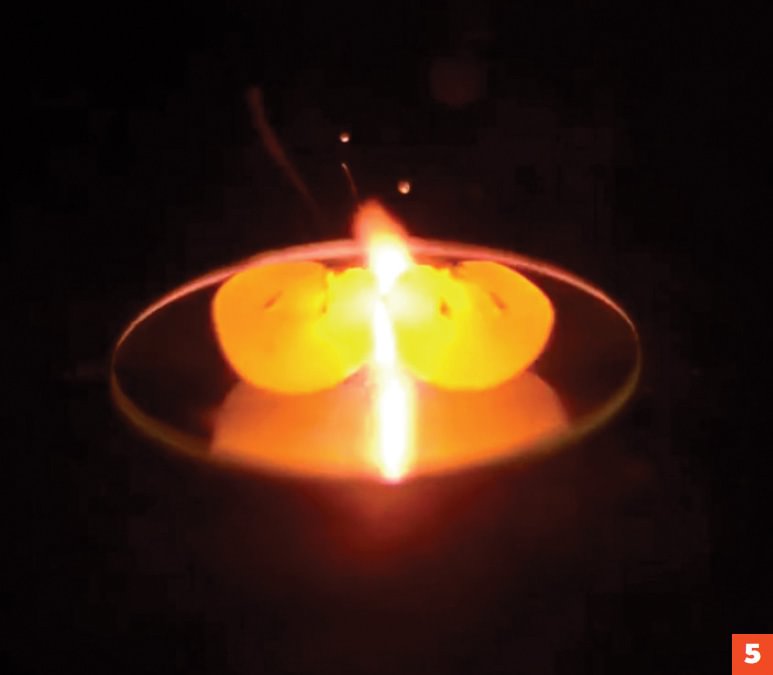 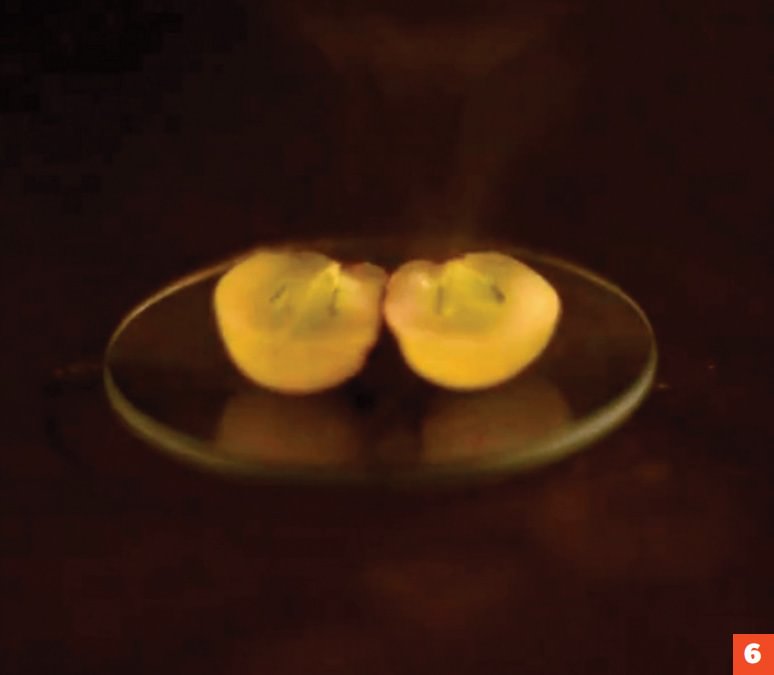 Cut a grape part of the way through, leaving two halves that are still connected by a small piece of skin. When placed in the microwave, the radiation causes the grape to increasingly spark from the middle.

Who knows the reasons a scient ist may have for choosing the question that will shape his life’s work. Maybe, when pondering life’s great mysteries, he prefers the guidance of physics to that of religion. Maybe he has always dreamed of circling the Earth in the International Space Station, watching the sun rise every 90 minutes over the soapy blue of his home planet. Maybe he accidentally put a fork in a microwave one time. Or maybe it was the microwave thing, but with a grape.

The scientist in question, Aaron Slepkov, discovered the old grape-in-the-microwave trick when he was young, in which a sliced grape erupts into a fireball of plasma—an ionized gas that is considered the fourth state of matter and is present in large quantities in, among other places, the sun.

Twenty years later, Slepkov, now a physics professor at Trent University, took on his own experiment to explain how the phenomenon worked. His findings were published in the journal Proceedings of the National Academy of Sciences of the United States of America.

“In 1995, [Slepkov] had found the first website describing making plasma in a microwave, and he got really fascinated with it and kept it in the back of his mind,” study coauthor Pablo Bianucci, Ph.D., a physics professor at Concordia University, says.

From a thorough inspection of the internet’s best “microwaved grape fireball” videos, it seems to be necessary to cut the grape in half before microwaving, leaving a small, ion-rich skin bridge between the two hemispheres.

“The more or less consensus explanation was that the grape would work as an antenna, and that would create a current through the skin bridge that would eventually heat it up and create the plasma,” says Bianucci.

Through the sacrifice of untold masses of grapes (and 12 microwaves), the researchers showed that this hypothesis—which had never been explained mathematically anyway—was false. Not only is a skin bridge between the grape halves not required, but you can ignite a plasma fireball in two whole grapes placed side by side in a small bowl, or two ground cherries, two quail eggs, or even two hydrogel beads of the type used in diapers.

Using microwaves with the doors removed, “they managed to decouple the generation of the plasma—the really flashy thing you see—from the actual phenomenon that’s going on underneath, which is the focusing of the electromagnetic radiation, the microwaves, in between the two spheres,” Bianucci says.

It turns out that water-based orbs about the size of a grape amplify microwaves (which is electromagnetic energy, just like light) so effectively that a hot spot just between the two orbs creates plasma.

Apart from being cool, this research may someday contribute to better understanding of a field called nanoplasmonics.

THE GRAPE WOULD WORK AS AN ANTENNA THAT WOULD CREATE A CURRENT.

“If you put, for instance, two metal nanoparticles next to each other, you have this same effect, a really increased electromagnetic field, but with the metals you see it with light instead of microwaves,” says Bianucci. “The key thing is that the water has a high reflective index, so it shrinks the wavelength a lot. If we were able to find a material that works like water, but for light, where we could really shrink the wavelength of light, then we could probably use it to focus light into very, very small spaces.”

More Experiments You Can Do With Your Microwave

If you’ve already turned grapes into plasma balls, here are five other things you can try, according to Brad Conrad, Ph.D., director of the Society of Physics Students. 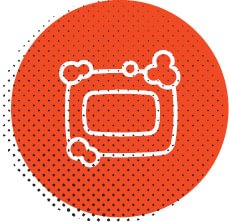 1 SOAP BUBBLE Carve a small notch in the middle of a bar of soap that has moisturizer. Put the soap in the microwave, turn it on, and a bubble will grow out of the notch, which will become big enough to fill the entire microwave. The microwave is heating up water and the molecules inside the soap to cause it to expand. 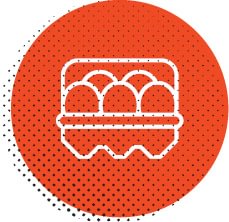 2 EXPLODING EGG Place an egg in the microwave, and the egg will explode. You will also hear a loud boom. Similar to a popcorn kernel popping, the sound you hear from the egg is an explosion from the water that becomes present when it’s heated. Once the egg’s shell cracks, it expands rapidly, hence the noise. 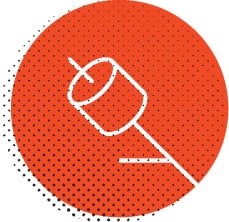 3 SPEED OF LIGHT Put a thin layer of mini-marshmallows on a plate, and put it in the microwave (with turntable removed) for 15 to 20 seconds. Measure distance between the melted marshmallows in centimeters. Calculate the speed of light: 2 x (distance between melted spots) x (microwave frequency). 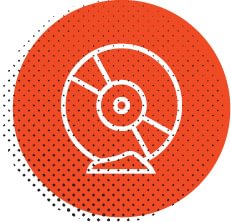 4 CD LIGHT SHOW Put a glob of Silly Putty on an edge of a CD so the CD can stand up in the microwave. Dim the lights in the room, turn on the microwave for no more than a few seconds, and you’ll see colorful flashes of light. The CD—which has a very thin layer of metal—is reflecting electromagnetic radiation. 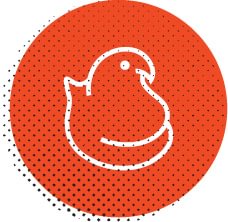 5 EXPANDING PEEPS Peeps or other large marshmallows expand and explode in the microwave. Put them on a paper plate, arrange six to 10 Peeps in a pyramid fashion, and start the microwave. They will slowly grow and expand to three to four times their original volume. When they cool off, you can still eat them.